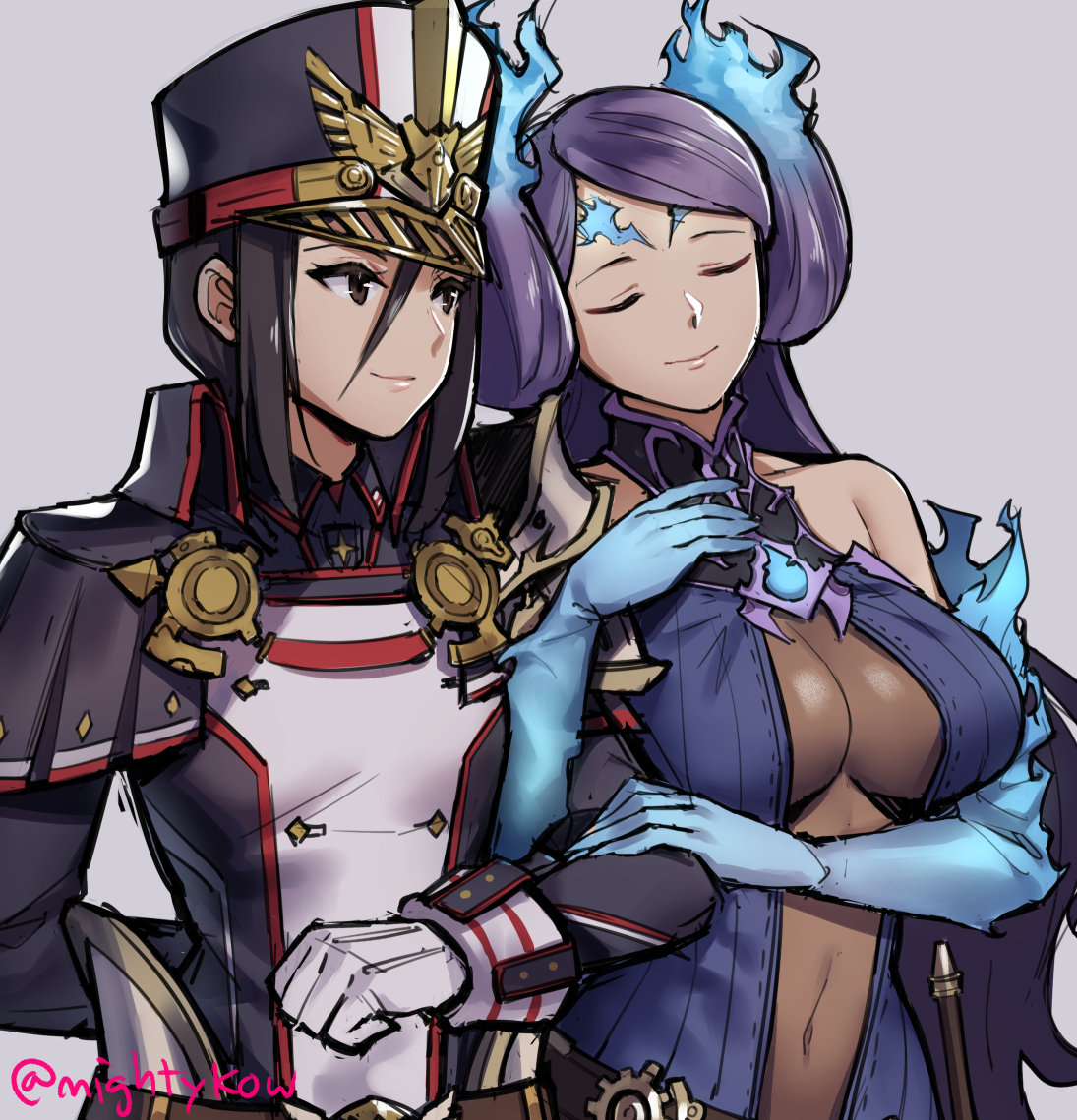 thought about getting into this game for them, but I don't wanna put up with dummy protag boy

Thank god we're getting more fanart of them on this site.

^^I wouldn’t worry, Rex is pretty harmless. There’s some sus scenes, but it’s very much an ensemble cast, and Mórag and Brighid are the dad and mom. Also people are sleeping on the fact that one of the blades is a lesbian who is hoarding money to buy a private island where she can live with her harem of pretty girls. And her specials involve her making a girl out of the water in the bath she travels in so they can dance. God tier.

Rex is kinda irritating, but far from the worst lead I've encountered. I wouldn't get the game for the yuri, though; there's really not very much. Solid JRPG, though

Mòrag and Brighid are arguably the only good things about XC2. Not worth it if you're getting it just for them. Torna is pretty solid though, I'd recommend that.

I think both personalities suit each other well being more or less stoic super strong fighters who don't talk much. I still ship these two a lot even if there isn't that much

@PK Trash: I think it's one of the best rpgs I have ever played, an evident improvement over its predecessors, but I wouldn't get into it exclusively for the yuri.

Rex is a fine protagonist, honestly. Hell, without delving into spoilers, it's because of him that PyraXMythra can be considered Semi-Canon. Although, if anyone is thinking of playing Xenoblade, I highly suggest you play the first game because it's not only one of the greatest games of all time but it's also semi-important to the story of Xenoblade 2. There's also a strong Yuri Ship, in the Epilogue Side-Story, in Definitive Edition, which even has an art piece, here.

^Xenoblade 2 is sorta interesting and kinda fun, while Xenoblade 1 is a legitimate masterpiece.