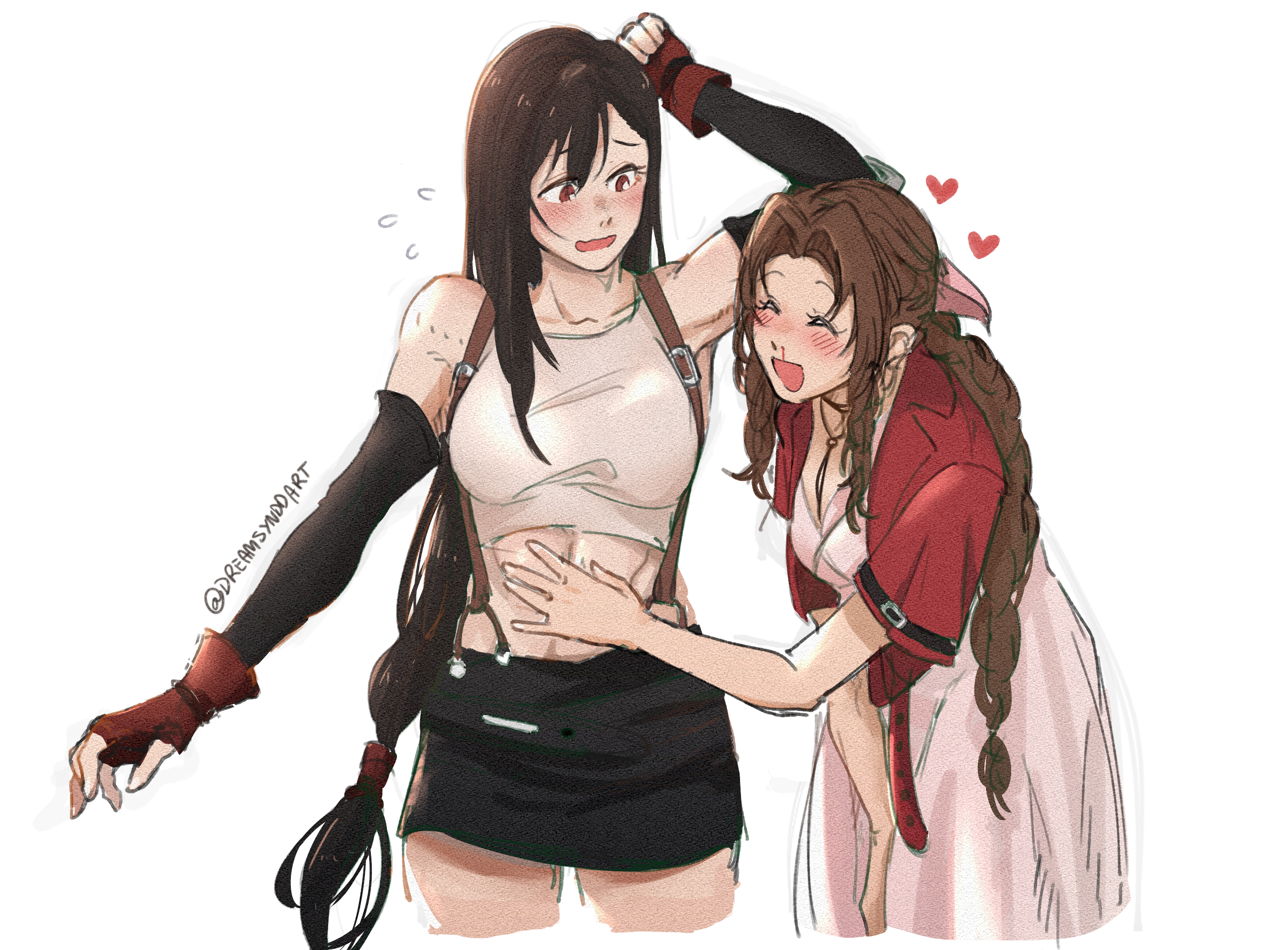 Aerith being pervy towards Tifa always makes me laugh.

This feels like something she'd actually do, too. "Abs! (grope grope)"

God, I wish Tifa was this ripped in game.

The nosebleed is a nice touch.

God, I wish Tifa was this ripped in game.

Incels already bitched about her breast size/costume, muscles would get Square Enix nuked.

Gosh, I wanna touch 'em too

Which is hilarious because she didn't actually lose any breast size. Someone did an analysis vidoe YouTube dedicated to this very allegation and used both Tifa's image from the original game's manual and basic logic to prove that 1) her official breast size, while indeed larger than average (especially for a physically active fighter like her), is not as huge as a lot of fans think it, and 2) her appearing to be "visibly smaller" can be easily chalked up to the fact that she's wearing what is obviously a sports bra, which compresses the breasts to some extent by intentional design (it's supposed to limit the breasts' movements during physical activity, and the best way to do that is to apply considerable pressure on them, which would naturally lead to them being compressed since they're mostly soft fat).

^well, the incel types are not the group of people I'd first turn to for even an elementary grasp of female anatomy...

^ That reminds me of this

I've never played FF, nor know anything about it, but all the art i see of this couple is either just so cute or sexy and lewd af.... or all of the above.