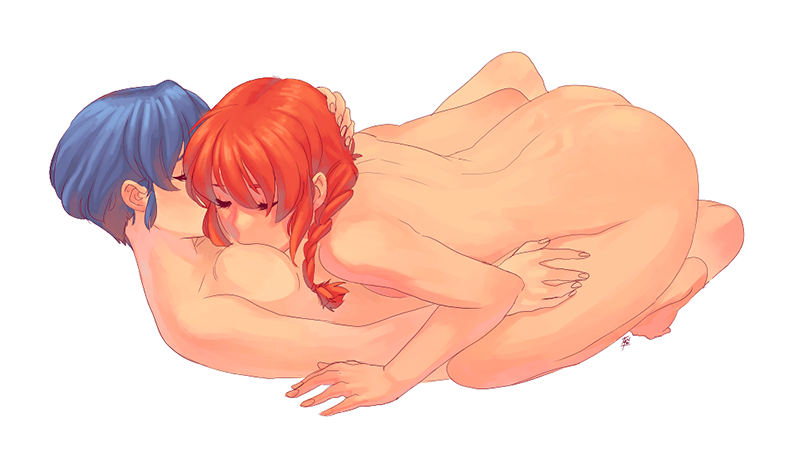 This is actually the only ship i dislike from ranma1/2. :P

^even though it's the Ranma1/2's flagship?

^Nothing unusual about that. Most of the time the main heroine is indeed worst girl.

they were cute in the first episode before akane knew ranma was actually a boy.

^^ Good thing it's not the case with Ranma 1/2, despite what an unfortunately large swath of the series' Western fandom would tell you. The sheer amount of misconceptions they have about Akane's character is astounding; their "Akane Tendou" is practically a whole different character from the real Akane Tendou.

Did you know that going by the manga, of Ranma's suitors Akane is the least physically violent towards him?

^Ah yes, Westerners sure were fooled by those dozens upon dozens of chapters where she acted like a bitch or hit Ranma for minor offenses or beat him within an inch of his life. Those dastardly localization sadists added so many fake panels for that purpose alone. In truth Japanese Akane was actually a pure dandere, instead of a magnum tsundere.

And the vilest woman of all is obviously Ukyo, who constantly supported Ranma and actually genuinly forgave him several times without large prompting. The only one who actually had a future planned and knew him since childhood is actually the most malific.

Sarcasm aside, you can like whatever heroine you want, but please don't use bullshit justifications for it. Pretending most fans are just too ignorant to get the "true" Akane is revolting.

We need more Ranma ½ Yuri
I also need to watch it from beginning to end someday, never had that chance

It's a bootstrap paradox!

@BugDevil: Please don't put words in my mouth. I never said Akane wasn't violent. Plus, the anime actually exaggerated her violence well beyond what the manga had, and from what I gathered most of the Akane haters (at least back in the day) got their hate due to said anime portrayal.

EDIT: Seems I was suffering from a mix of misremembering and confusing two assessments involving the same character. This analysis concluded that Akane is the least violent overall among Ranma's fiancees (no specifics on the identities of the violence's targets), while this one gave a very detailed list of all the times that Akane had either "supported" or "actively opposed" (as in seriously, rather than their commonly occuring verbal quarrels) Ranma. The latter list shows that she supported him far, far, far many more times than she actively opposed him. Somehow I conflated the two together and remembered them as a single analysis saying that Akane is the least guilty among Ranma's fiancees of violence towards him. I apologize for this mistake.

^I see, misunderstandings happen. I still believe using the anime as a shield against the Akane dislike is wrong though. As a manga reader I can definitely say that her portrayal was straightforward in both adaptations. She is simply that violent and she always was a tsundere. That kind of character is always polarizing.
She may support Ranma more than she hurts him ultimately (as she is a tsundere after all, she does care for him). I still don't think that makes her a good love interest. Compared to Shampoo or Ukyo she is really lacking, despite having by far the most screentime.

ok i know i'm way late to this argument but i'm gonna throw into the ring anyway cause i just found this wonderful piece of art.

imagine thinking shampoo and ukyo, the outright most manipulative of ranma's main suitors, are better than akane. lmaoooo. don't get me wrong, I love ukyo and she's my favorite character, but she and shampoo both manipulate every other character in the entire series to try and win ranma over. akane just wants to live her life and try to get along with ranma, and everyone else for that matter. she's easily the best of his suitors by a goddamn long shot.

imagine the drama if ranma's parents were so sure they'd have a son that they promised the child would marry akane, but then she was born as a girl. The Saotomes, instead of admitting their mistake, decide to run away. For some reason, maybe unpaid debts and needing money and thinking the marriage would help their financial status, they have to return to Japan and send the letter to the tendo's. The plot is the same, except that Ranma is a girl, with a friends to rivals to friends to lovers chemistry with akane and they fall in love.