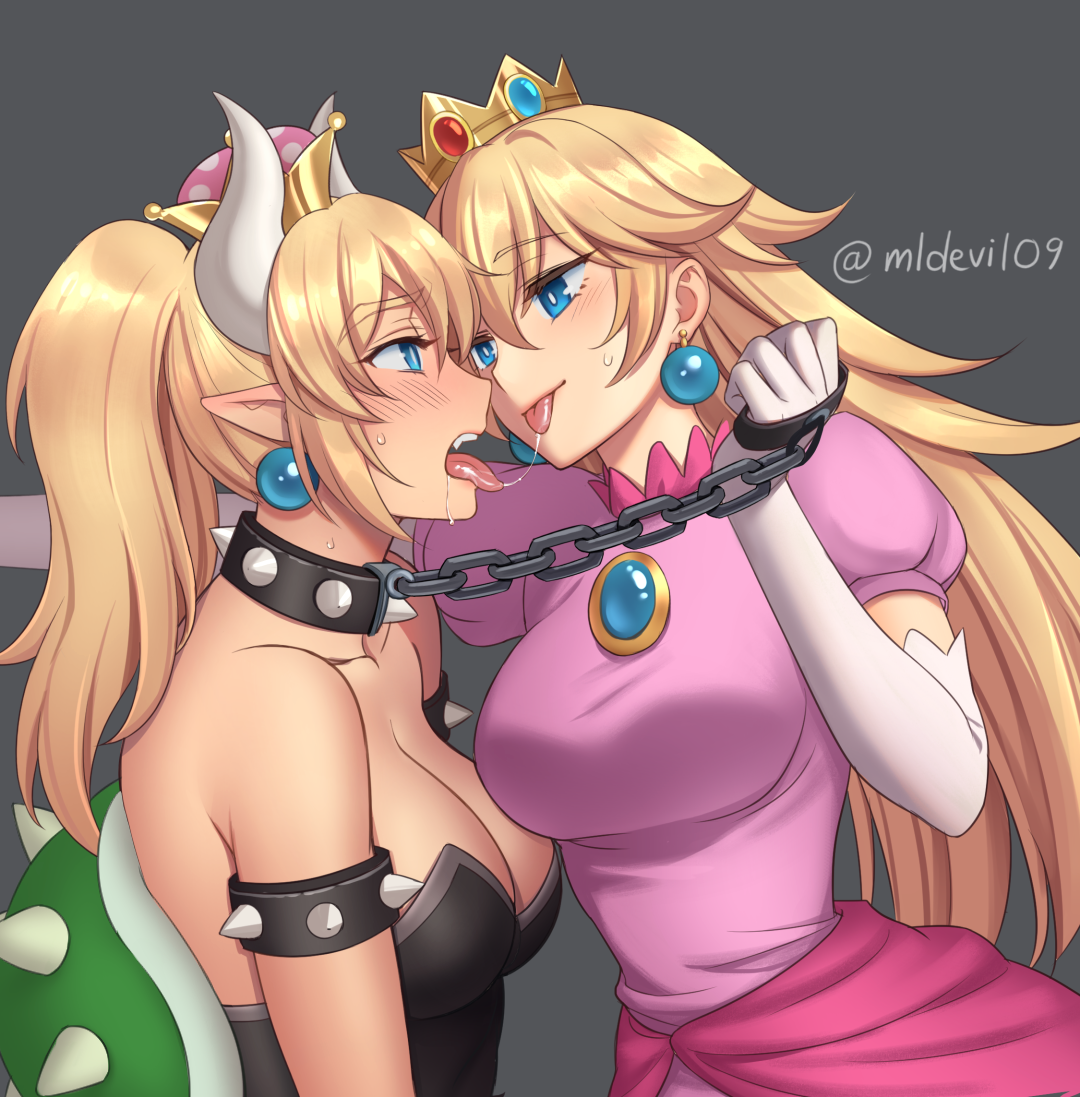 If Bowsette tries to top, she'll get tied up.

Yeeeeess, IDK why but Dom Peach is so hot.

Can someone care to explain why the sudden tsunami of the Peach x Female Bowser pairing?

^it's because the gays are taking over the bowsette trend

@Midnightgunner Because Bowsette was just invented? And it went viral and it turns out everyone loved the character?

And obviously peach is who you are gonna pair her with given bowser has been after her for like 20 odd years.

Cant wait for nintendo to have been secrectly behind the whole thing.

I always knew Princess Peach is a Closet and a top.

@Sharkexpert Have I got some news for you...

^Not really the same - that is some kinda peach / bowser combo via hat magic - that was just an early dropped concept design.. So you can't say they are behind bowsette - I'm not sure it can even be an inspiration because i think nintendo only made that public after bowsette hit the net right?

I thought so too. Basically a big coincidence that this Bowsette thing up around the same time, but they are no doubt conceptually similar at least and that's kind of neat.

I saw this one coming

@Midnightgunner If no one told you, it's because of this comic

Nintendo revealed that when you play new super mario bros U deluxe as toadette, she has a chance to grab a power-up called the super crown and this allows her to turn into princess peach. So one person tweeted a comic showing bowser using the power-up and that became a catalyst for the whole bowsette sensation.

Peach being dominant is my favorite fantasy.
God, If she ever was like this before I would find out my homosexuality sooner.
Also, this made my day, bless this author.

Peach is actually far from the nice little passive princess that she appears to be. In her own game she is a bipolar monster that kills people with emotions and even in the latest entry, Odyssey, she straight up blows off Bowser and Mario and just goes on vacation by herself lol
Incidentally the latter fact led to the Bowsette meme in the first place.

When Stockholm syndrom goes so far it becomes reversal.