This is one of my favorite chapters yet, seeing Ena gently coach Nao through both physical stuff and her own mentality around Asumi was so wholesome

Whoa, what a twist at the end

Cornonthekopp
I Won't Sleep with You for Free discussion 26 Sep 01:42
Quote

I think Asumi-chan makes more sense, too. I mean, it's a pretty low-probability plot, but it has an internal logic that someone somewhere might actually engage in.

I'm not complaining, but it does push them out of the running for Great Work, IMO.

(Possibly Asumi-chan is just fooling me -- but even being able to pull that off is an artistic merit.)

Cornonthekopp
I Won't Sleep with You for Free discussion 26 Sep 01:39
Quote

This sure is one of the stories of all time

Evie: this better not awaken anything in me

"surely this won't change the plot that much" said Evie, like a liar

EW WHAT THE FUCK

HOLY SHIT I WANNA KNEE HIM IN THE GROIN SO BADLY

If this guy really is getting a fucking redemption arc somehow I’m done with this series. Not worth my time.

Cornonthekopp
Our Yuri Started With Me Getting Rejected in a Dream discussion 24 Sep 01:44
Quote

(because these two are obviously also gay)

The chemistry between these two is crazy, every moment they're together, every word they say to each other, every look they give.... It all really makes your heart race. And the art just magnifies that feeling exponentially.

Cornonthekopp
A Love Yet To Bloom discussion 23 Sep 12:43
Quote

I gotta admit I really enjoy these kinds of works about the beginning of feelings, when neither character really knows they’re in love but they feel something for the other one.

Cornonthekopp
A Love Yet To Bloom discussion 23 Sep 12:42
Quote

This is very much contemporary, everything from the art style to the fonts used on the cover, are you saying its old school because the linework looks hand drawn rather than digital? I’m fairly certain this literally just got released.

I agree with the other commentors, really glad they handled the whole “in a relationship with an adult” thing well, and called Reiko what she is. Scum.

….also that was like, definitely a love confession right???

“Wait are we the only two in this friend group who aren’t dating?”

“Welp, I guess there’s only one thing the two of us can do now”

Cornonthekopp
Our Yuri Started With Me Getting Rejected in a Dream discussion 20 Sep 14:13
Quote

I love how expressive the characters are, you really get those minute emotional shifts captured perfectly

from the bottom of her heart huh

cutie to the max

If this were just a story about a commoner in love with a noble, then it would make sense for a character introduced as the stock rival-from-the-love-interest's-past to be comically overpowered compared to Rei - she's supposed to seem insuperably better than the main character.

Rei's already the comically-overpowered protagonist of a completely different story, though, and in that story Manaria's just a minor supporting character, so it's kind of odd that she's also just coincidentally the Avatar.

Wow didn't expect her to be running the whole place it explains why she's lazy and doesn't get yelled at for being so while at work lol.

Also love that we got names for them and they're not just unnamed protags.

Anyone else notice when the boss asked if she could stay longer than two months Xingyuan didn't say no? That's a start!

Okay favorite panel from this chapter.. The expression on her face knowing that Mu caught up to her after being somewhat distant when she gave her name was just too cute. So glad we have a name now Xingyuan my beloved <3 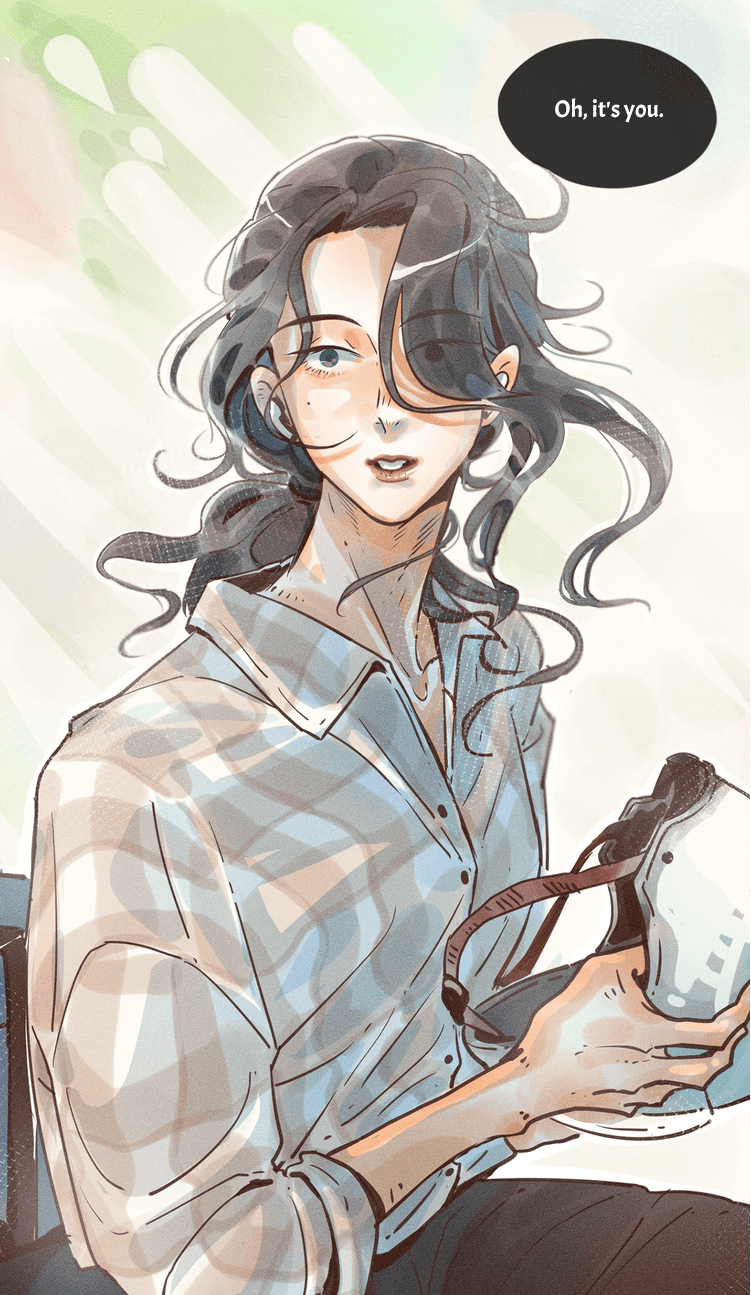 Neither of them are particularly subtle showing their interest in the other, but I’m curious how long it will take for feelings to take hold, it’s exciting

Cornonthekopp
When We Get Closer discussion 11 Sep 23:05
Quote

This is quite the cast we're building up to, at only chapter two

Ok, how old is this novel, actually? In the last years I've only seen female demon kings, and they are always lolis, if anything a male one would be the real surprise, was the last time Evie saw a plot like this before the 2010s?

evie what the hell lmao

a true knight of yuri huh, you gotta wonder how wlw fiction got so popular in this high euro-fantasy setting haha