rudtud
What the Devil ultimately wished for was despair. discussion 11 Sep 14:08
Quote 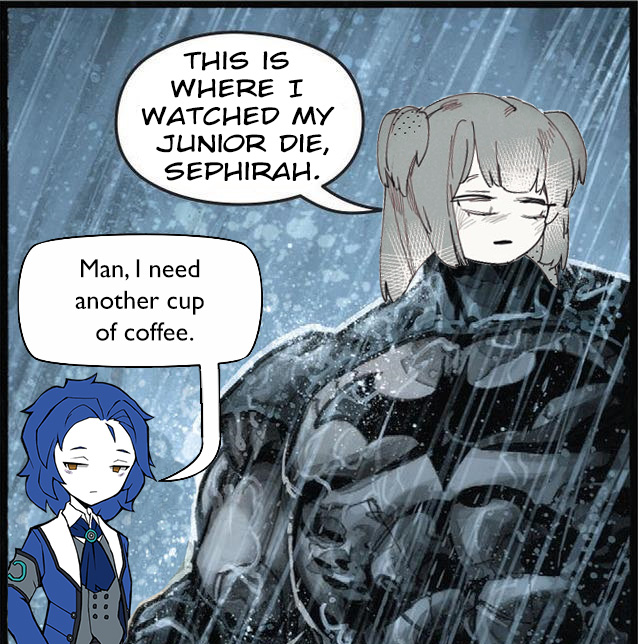 Does anyone notice how Astra looks like a cross between Allmight and Stain? .... Just me? well alright.

rudtud
A story about eating your own womb WARNING: GURO! 04 Sep 01:27
Quote

she did indeed do that

tell that to the become bread tag

rudtud
A Yuri Story About a Girl Who Insists "It's Impossible for Two Girls to Get Together" Completely Falling Within 100 Days discussion 21 Aug 23:27
Quote

I keep thinking of this, where's more? Was it cancelled? I need more of this right now!
yeah it's super duper cancelled sorry not sorry

I never thought I would see a Kyudori doujin, much less such a long one, their devotion to ChisaKanon really is commendable.
Very cute read.

all the other ones i found online were in either korean or chinese so uh, don't get your hopes up for more in the near future

probably one of the best there is

been wondering this for a long time too ngl

i've been calling all week and they still haven't answered me dude i've been using mobile data for this, pretty messed up ngl 1/5 rating 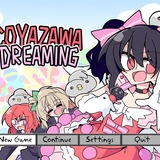 rudtud
The Executioner And Her Way of Life discussion 10 Jul 23:32
Quote

rudtud
A Yuri Story About a Girl Who Insists "It's Impossible for Two Girls to Get Together" Completely Falling Within 100 Days discussion 30 Jun 10:30
Quote

Anyway, if someone wants to read next Volume of the novel:
https://www.neosekaitranslations.com/novel/onna-doushi-to-ka-arienai-deshou-to-iiharu-onna-no-ko-wo-hyakunichi-kan-de-tetteiteki-ni-otosu-yuri-no-ohanashi/

Sorry, I don't know if i can't share this, but, yeah. Let's go read, except haters, please don't waste your time, poor you

rudtud
A Yuri Story About a Girl Who Insists "It's Impossible for Two Girls to Get Together" Completely Falling Within 100 Days discussion 21 Jun 17:51
Quote

I always thought the plot wasn't supposed to be realistic. I mean, just the part about making her watch porn should make it evident. Most women don't really like porn all that much; imagine a guy (most likely someone who never dated a woman in his life) who tries to seduce a straight girl by taking her home to show her his X-rated videos of his favorite porn actress getting hardbanged... it wouldn't end on a happy note, right?
In a realistic setting, I don't think overwhelming Marika with sexual stimulation would work that well. Aya would need to take another approach to seduce her. Maybe I'm projecting my own feelings here, but... if I had to come up with a winning strategy, I would suggest something completely different. The first day, Aya should take her girl home for afternoon tea, and present her with a whole buffet of sweet delicacies, enough to fill two tables put together, cakes, choux, tartes, sweet rolls, macarons, all from the best pastry shops and chefs in town. Of course there would also be various types of drinks, not only tea but hot chocolate and lemonade and other things as well. Aya would tell her to eat as much as she wants (and arrange an excuse to explain to her mother why she isn't eating dinner that night: claim that she already had early dinner at Aya's, for example). The second day, Aya would take her to a large petting zoo and let her have fun as much as she wants cuddling adorable kittens and bunnies and all sorts of cute cubs and baby animals. Then, returning home, there would be waiting for them another buffet of sweets just as big as the previous one, only all differen treats this time, and they would enjoy it while reading waffy yuri manga and watching romantic anime. If it was me in Marika's shoes, I know for a fact that, by the end of that second day, I'd already be in the right mood to fall into Aya's arms and smother her with passionate kisess, haha.

ma'am this is a wendy's

rudtud
A Yuri Story About a Girl Who Insists "It's Impossible for Two Girls to Get Together" Completely Falling Within 100 Days discussion 21 Jun 10:20
Quote

Did the first chapter re-release?

yes and so did the second one, go re-read them