There seems to be an ongoing discussion to determine whether Evie is dense or in denial.

To find the answer, I did a diligent google search and quickly found some relevant data.

As it turns out, this matter about the density of people in denial is an old one and has been scientifically studied! 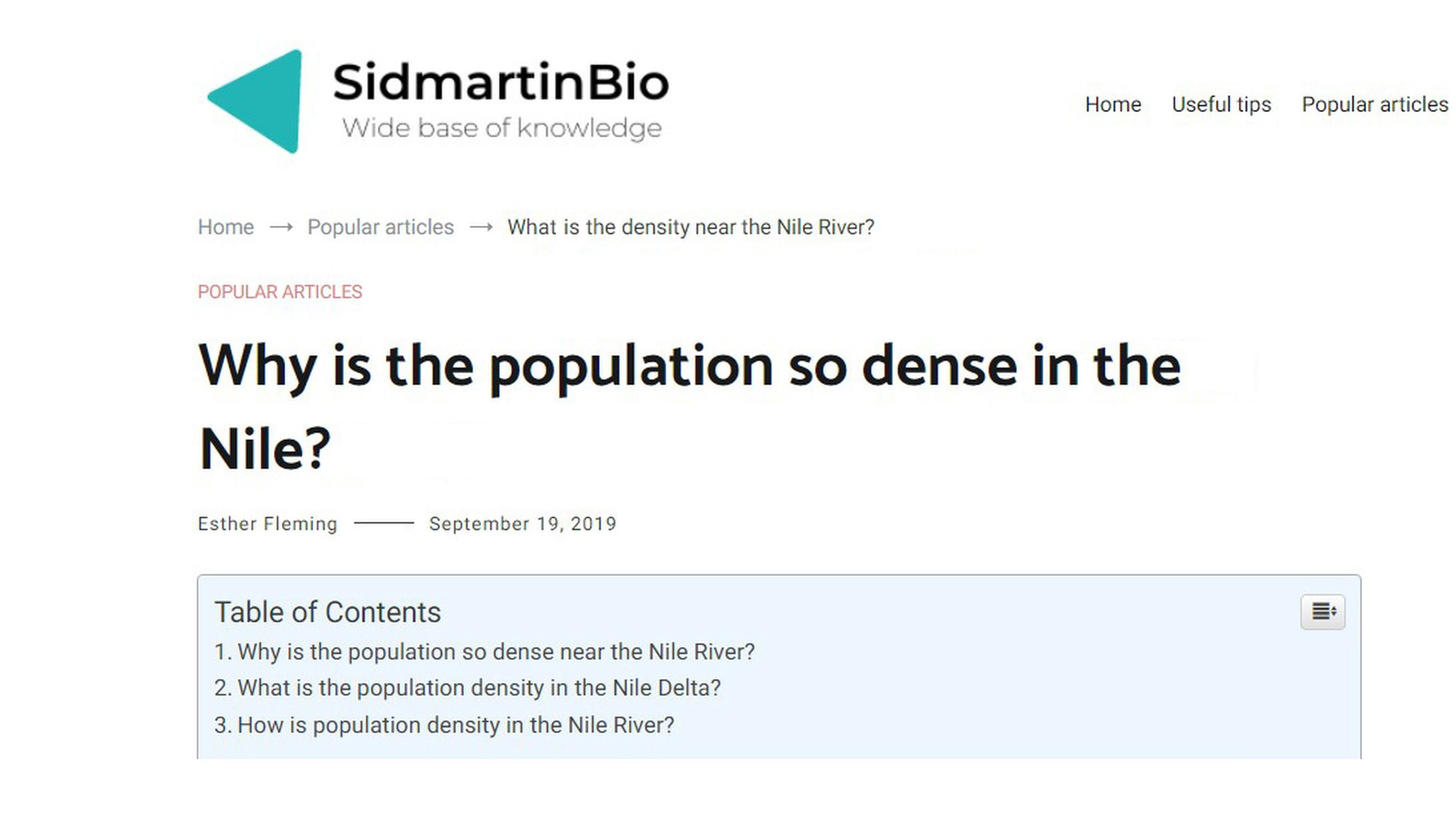 As you see, the density of people in denial is a well-known phenomenon and subject of research.

Heck, this one article is just an example; I found dozens of papers on the subject!

Thus we can reasonably conclude, with the support of scientific research and the scientific community, that Evie is both in denial and woefully dense.

gensokyo feels so peaceful (and empty) here, its quite refreshing.

I love the creativity, and yes, what's cheating in a world full of super powers. Saki might need to look into that.

Man I cant believe that they did not include Senpais employer in the character charts... (and also the top bottom roles of the non prostitute characters.)

But those are some spicy informations, although most of them were pretty obvious. Is Asumi then straight up bottom? Or is nao even more bottom?!

Hasn't it been made pretty clear that her hearing aid isn't doing a whole lot for her anymore? I don't know about you, but my glasses make my vision 20/20, so I don't think it compares.

Did it? Then I must have misunderstood. There was a line when she said she didnt need to learn sign language because her hearing could be compensated by a hearing aid. Maybe it was strictly referring to the past? And no, I dont think I was comparing apples with oranges, or if I was, it was certainly about a common property between them.

I do not understand why people think that the one being narrated can do no wrong. I think the author makes it rather clear that Kanon was at fault.

Why does somebody always have to be at fault?

Well, jokes on me and my rhetorics. I didn't mean she was at fault alone - maybe even 'fault' being too strong a word. Let me be a bit more elaborate.

So by fault I really mean here who took more liberty than what's normally acceptable in a society in their relationship. Even if this is even more difficult here since society never handled disability well. And the story (i.e. Saki) did say that normally a broken relationship is the result of mutual mistakes, yet from what we have seen, Kanons statement about herself coincides with what we have seen. She has overshot at some point playing her weakness and now she's overshooting downplaying her weakness.

Realistically, what an adult should say to her in this situation is that we don't treat her special because we take pity on her, but simply because she needs it. Look, are we supposed to let people in a wheelchair crawl up the stairs? It obviously is ridiculous. Although from another point of view, she really isn't disabled, she herself stated her hearing weakness can be compensated by an hearing aid. Me needing glasses doesn't make me disabled in most people's eyes, simply because it is so common and easily circumventable.

So yeah, what I'm getting at is that she is and was a troubled teenager who really didn't know how to handle herself. At some point she became too clingy and high maintenance for her friend, and that makes her 'at fault'. It doesn't mean that for any other person as a friend the outcome would be the same, but you have to know someone else's limits.

I was specifically answering to the post by luinthoron asking when it was said that kanon was using her friend with my original post.
answer: there wasn't.

I do not understand why people think that the one being narrated can do no wrong. I think the author makes it rather clear that Kanon was at fault. Even if she herself is an unreliable narrator (of the past) I see even less evidence that the little sister is trustworthy. I guess a lot of stories do take the side of the protagonists, but somehow seeing how their other works are, this author does not do that. Their characters are flawed and mostly realistic, and this is why I like their works.

so it might be fair to speculate about what drove away the past friend? Her little sister in this case. I mean that or kanon really did just become a bit too clingy. It happens.

I've been keeping an eye on the raws and regarding the drama I didn't see any, they're really just making progress on their life and choices and exploring everyone, which sucks when you wait a month and they dedicate one to the guy in the bike, come ooooooon he already served his purpose! but the one chapter that came out today was just Nozomi and Shino alone and ...that's exactly what I needed!

For every chapter you mourn, is a chapter I appreciate. (Because I like reading about the guy on the bike)

Considering how effective she's been at recognizing all kinds of symptoms and her general paranoia, I think Satsuki can rescue Sae from this one at least temporarily. What I'm wondering is how she'll address the mom, because based on how every other conversation she has goes I can't see anyone changing their mind unless she pulls something like what happened last chapter.

Also, wonder if the state of the guy who was in the car during the crash is going to get brought up again past the two times we saw it.

Kill her mom 'by accident'. I mean, obviously not satsuki, but anyone else should, really.

I just realized in the last ch. of crash, she did not want to lie, so she 'jumped', yet she obviously used a technicality in her vague statement and simply jumped, without trying to die.
Now if we already use word plays, why did she not just jump. You know, on the spot, or the other way round to safety? Its all in the meaning "Im going to jump!". Unless in japanese, they have a more specific meaning here like: jump from this building, which sounds weird in english, so the translator decided to cut it?

So you just got anime powers?

^this guy above me is a total tsundere. But jokes aside, I think it's up to ch.5, but there is not translation. (Somehow brazilian portuguese has it to ch.4 on mangadex.)

The artist's version of Byakuren looks weird to me. I really like it, she looks so comfy, but it doesn't hit my checkmarks of Byakuren

Same, but I guess I can overlook such a little "blunder" by the staggering plot and worldbuilding that is presented here.

Whoever "drew" Yvonnes shirt deserves a smack. I understand being efficient, but you cant possibly just paste over a grid...

The Life After Retirement of Magical Girls

Well first off, if some random person decides to sit next to me instead of any other free space inside a bus, I definitely would give them a "look". And at least a second one, after a while to see if they cant finally go away. That is, if my stop hasnt come yet. Second, wow, shes narcisstic, but the boi really did a dent into her ego XD

That boy isnt really a middle schooler in my eyes, and no one can tell me otherwise, unless theres time travel involved

Ah well, there was no time travel involved, but certainly time skips. I really like the womans character development, from being an arrogant young lady to becoming more aware of her waning beauty and seeing how this boy is where she was. Its nice how natural it feels. But the boy was unfortunately too "mature" (edgy) and only when they started living together he becomes actually like an adult (which coincides with his age)

Uh, can someone delete this thread: https://dynasty-scans.com/forum/topics/19925-https-deutscherfuhrerscheinonline-com-uber-uns-registrierter-fuhrerschein-online

now it looks like I'm lashing out at nobody XD

Yeah I think a different group picked this up. They update on Mangadex but not here. Man I miss Mangadex comments. I wish they'd add them back already. Anyway, I'm enjoying this but it definitely feels like yuri is not the primary plot motivator, which is probably why some people are put off. Urasekai Picnic is the same way, where it's a mystery and horror story first and a yuri romance second.

For me, the problem was never that romance wasn't the focus. I think, since you mentioned otherside picnic already, the difference between these two is:

Otherside picnic has fantastic pacing. They never dwell on things too much, thus there's suspense (although of course different from an isekai action manga) that never disappears.

On the other hand there's this, where it doesn't seem like it knows what it wants to be. I mean, to be fair, the translation for the web novel is an absolute trainwreck and this follows the light novel - which I haven't read - anyway, but even there I realize that the author tries a lot to make the worldbuilding and magic work. This seemed to be the same at first with this manga, until they drifted off to try to be an action manga, without having the base to be one.

This is incredible! Actually, the story is pretty standard, but man, I feel like Ive just gone back in time. The artstyle is one thing, but how they were exchanging sms via a phone with keyboard - duuuuude, that was so cool. I wonder though, why were they living in a forest? Context? Or at least Sena did. (I dont know anything about Aikatsu) 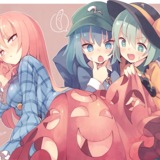 It is true, her dress has holes in it. But Nitori begs the question: Whats the cucumber for?

I (a professional software engineer with a focus in web dev) implemented some mobile enhancements to Dynasty's client scripts and CSS. A continuous scroll mode for long strip comics, no direction icons covering the pages, etc. Is there any way I can submit these suggestions for integration with the site?

Why are you so cool?

I hope that this 'misunderstanding' clears up quickly. There's no merit in having things be awkward for more than a chapter. This was refreshing - to have someone else be self conscious, but it would get really cringe really fast if the pacing feels so dragged.

Are beans nowadays still prone to being poisonous? E.g. potatoes dont pose a threat anymore in modern days, since they have been bred to contain as little poison as possible. You would really need to eat a lot of them to get any effects. And youd die from over eating in the first place. I know gensokyo is more old fashioned though.