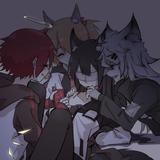 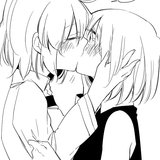 Heart shaped ahoge should be a tag So hot she burns herself 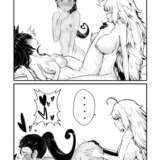 The vibration feature of the new arm sure is helpful 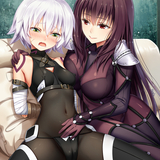 The angst dropped harder than my grades 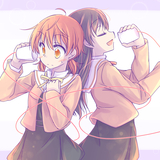 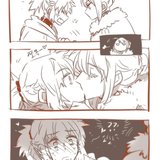 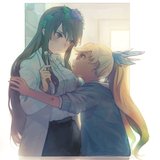 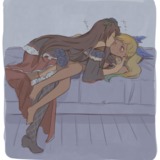 Those fangs give me life 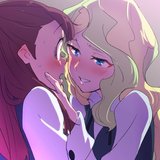 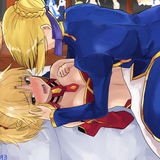 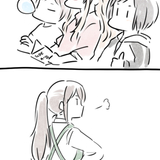 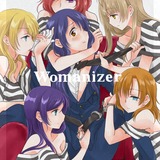 Rin, Hanayo, and Nico are eating ramen, waffles, and cheeseburgers somewhere else. 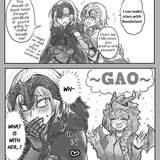 Just for further explanation of the context.

In the game, you use critical stars for extra damage. Jeanne Alter has a skill that further increases her critical damage, making her one of the most prolific user of the crit stars. Normal Jeanne can automatically produce stars with one of her skill, hence the first dialogue.

Also, Jeanne Alter has a skill that increases attack for the whole party with additional boost to characters with dragon attribute. Normal Jeanne doesn't have that attribute, hence the costume. So have you answered her hug invitation yet?
I think not
The one hugging her is not you
IT IS ME, DIA! 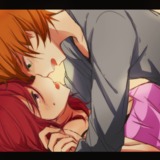 Praise the goddess the cat has grown into a tiger Stupid Nozomi trying to escape Umi by jumping into umi

Well, those two are real handsome..