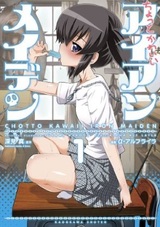 Muto Yuzuki was ready for a whole new life when she got to middle school, but she didn't expect it to be so torturous - literally. Yuzuki is “persuaded” by an upper classman named Funaki Aoi to join the on-campus Torture Club, which has been secretly training students to enter the field of policing and the military as interrogation experts. Aoi sees something special in Yuzuki and believes she might turn out to be a prodigy in torture methodology. Naturally, Yuzuki wants nothing to do with such vulgar activities, but the more time she spends with the club, the more she starts to realize her own darker potential.