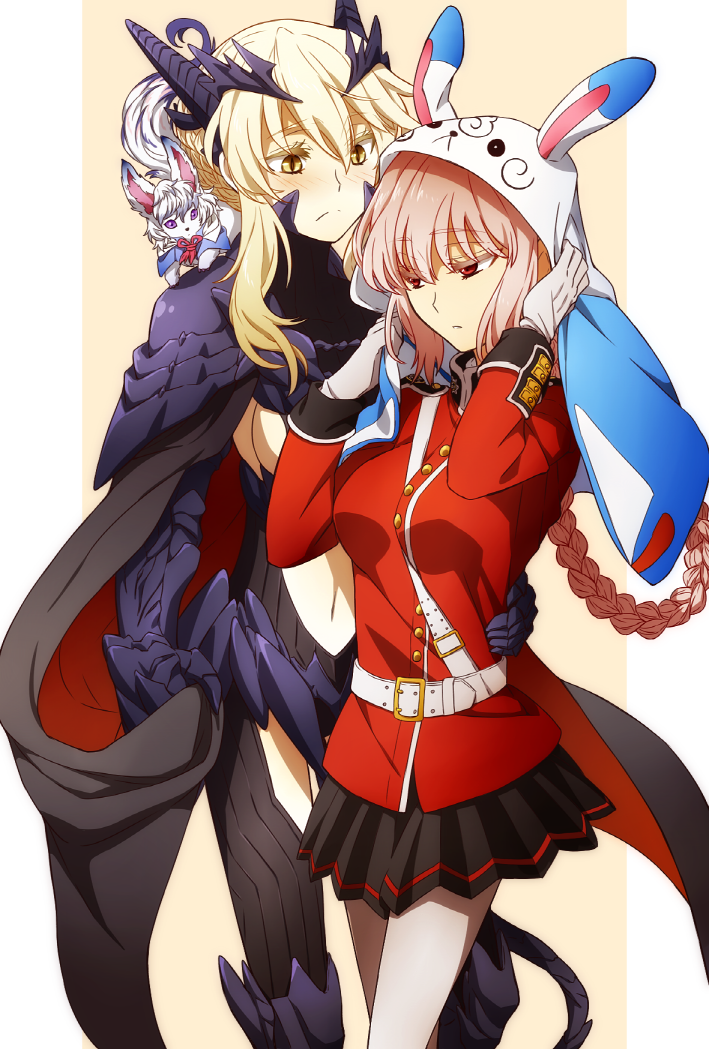 Nice timing, what with the event that got this ship started currently going on

^Which event? I have the Journey to the West event right now and I want to know where this pairing came from, I ship them! :D

^So in the Journey to the West event, a bunch of the Servants take on the roles of different characters from the original story. Artoria LA takes the role of Ox-Demon King and Nightingale takes the role of Princess Iron Fan, a married couple. Incidentally, Mordred takes the role of Red Boy, their child. Because of that, this ship became popular, and fan art of the three of them as a family started being made.

Journey to the West event? That sounds cool. :O
Shame my cellphone can't handle the game. :'(

@Heart-Of-The-Earth Thanks, looks like I am not done with the event yet!!