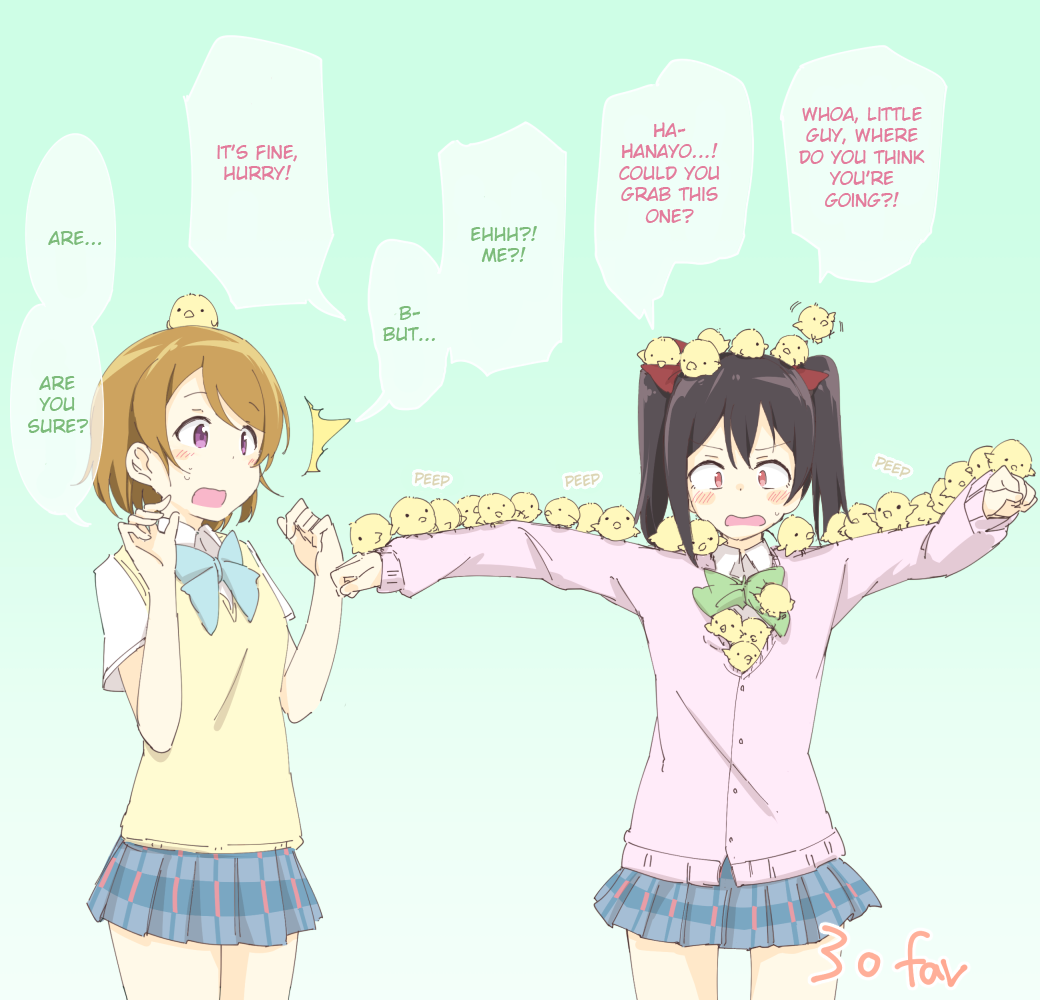 ^ I was going to say the same thing

I guess you could say that Nico is quite... a chick magnet B)

^That is a horrible pun. I LOVE IT

Oh I just realized, We have a new picture forbthe tag of lots of kotori

When I saw this I was really hoping it's a NicoPana. Oh well. The Kotoris are good too.

I think it is a NicoBana - the pah-nah is only after n or with a bu or pu sound that gets doubled. but anyway hanayo is about to run her hand inside Nico's bra. I think that counts.

I think it is a NicoBana

Not to be pedantic but if xxxvowelPana is around it's probably not for linguistic reasons but fan whimsy. Most of the inconsistencies are an absence of rendaku not the choice to shift the h to a p where it wouldn't normally be. I google searched their names in kanji and "nicopana" and "nicobana" fwiw and the NicoBanas were about 2-10 x as common, but NicoPana did turn up. These shipping names are for fun and I think some people just like the allusion to the famous RinPana ship, even in Japan.

Also, there are a LOT in her bra, so WHERE is the "one" she wants Hanayo to grab???