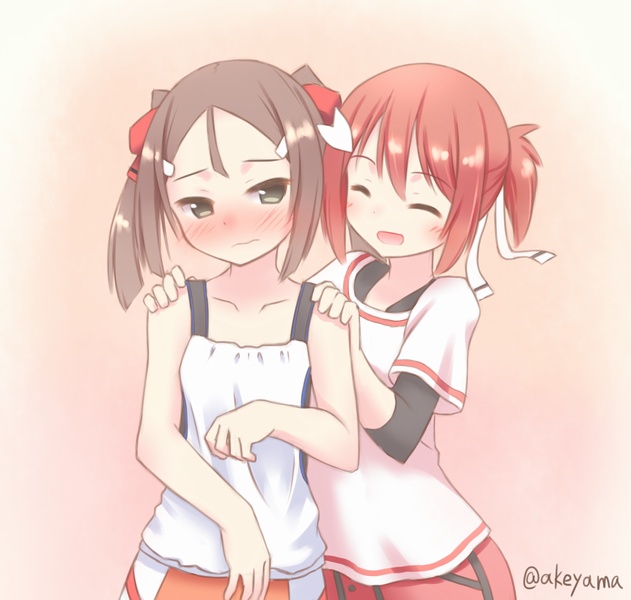 Not my ship but still cute

Knowing tougo if she see this mean death flag

can't be helped, the official game gave some "hints" about KarinxYuuna

yeah the series gave a lot of hints that Karin also likes Yuuna. I ship it but not as much as YunaTogo

I've always liked Karin x Yuuna. Maybe not quite as much as Tougou x Yuuna (okay, not anywhere near as much) but still enough that I'm rooting for her. Karin's probably my favorite character, actually, so I hope she gets a girlfriend at some point. Or perhaps there'll be a lesbian love triangle in Season 2...? I don't usually like love triangles, but lesbian love triangles are (comparatively) so rare that I'd like to see some... I don't know if they'd be able to fit a love triangle and everything else they need in six episodes, but, still, it's a pipe dream of mine.

Also, #GIVEKARINAGIRLFRIEND. (first time I've ever done one of these cringey hashtag things... I've finally become that which I hate the most, I suppose... it's one of those "you either die a hero or live long enough to see yourself become a villain" things).

as much as I love Tougou x Tuuna, this one has a special place in my heart. I would not mind if they both ended together.

I ship them so much since Season 1/2 and games.
I also like Tougou/Yuuna and Fuu/Karin too, but I prefer Yuuna/Karin more.