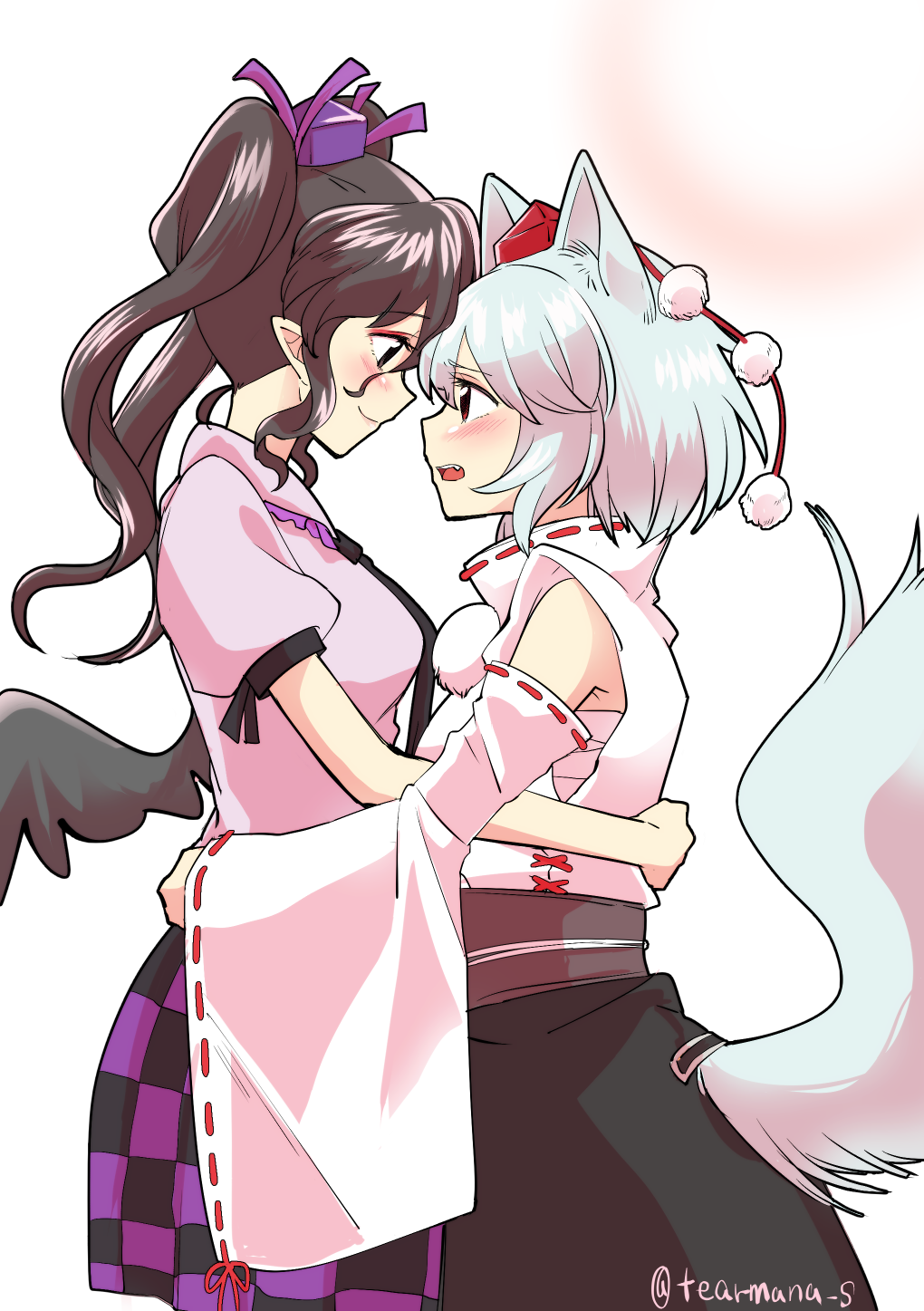 I never realized that Hatate was so tall...

Must be those shoes.

I'm always surprised that Aya x Momiji is so popular, considering that Momiji is known to not have a very high opionion of Aya. On the other hand, Momiji and Hatate get along just fine. One would think that Momiji x Hatate would be a more popular pairing.

Momiji's opinion of Aya came out in... Double Spoiler I think, which was a bit after Mountain of Faith, where Momiji was first introduced as the midboss to Aya's stage. By that point, there had already been a lot of Aya x Momiji, so it kind of stuck around. There's also some who like antagonistic pairs (like Kaguya x Mokou), so that became an angle to work from as well.

That said, I do prefer Momiji with Hatate myself, but it's a little rarer to see as both of them don't appear in too many of the games.