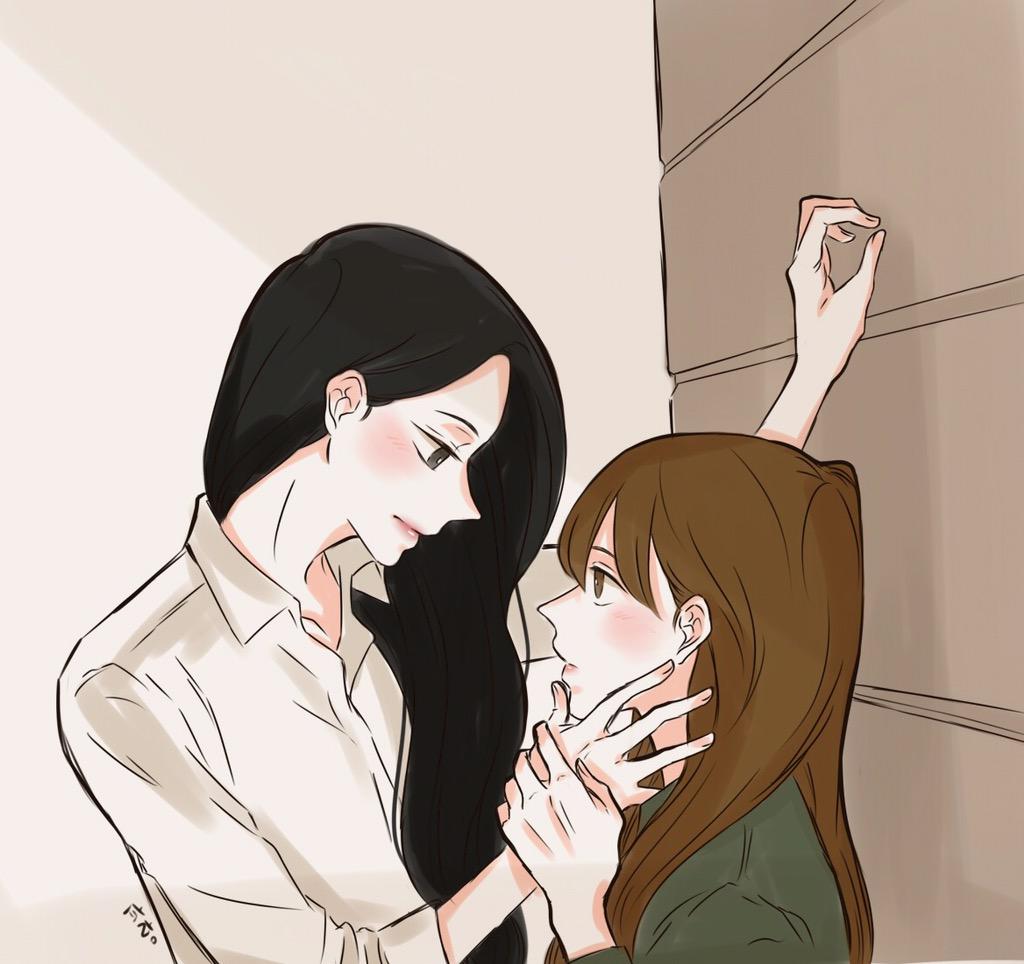 I also saw some nsfw fan art on twitter =w=

Can this please happen soon!!!

I suggest changing the author's name from "yahaeee" to "_yahaeee" if the underscore is not problematic.

Man, i need them being lovey-dovey with each other already... XD

The story, expressions, and characters of these two is

Hoping for the quick escalation of their romance :3

The height differentiation is just o///o

I'm so addicted to Seolrae!!!

Dynasty-scans is behind in updating chapters. But if you guys want to read rest of the chapters, you can read it here:

Hey, the reader is not currently behind. Those chapters were not supposed to be posted yet and are unfinished as far as I know.

Its already has 30 chapters already or more

Eeehhh.. there are over 30 chapters out by now and each Sunday/Monday a new one comes out, so no they are legit.

Dynasty is behind with their own translations and edits. If you go onto Fluttering Feeling chat, right in the first post is a re-link to another chat, that follows the series weekly updates. There are links to all raw chapters as well as rough translations by lovely halmoni.

So nope, they are not leaks or anything like that.

Just to clarify things...
(Not necessarily specifically for you guys, since you may know already, but for everyone in general.)

But this is not because "Dynasty is behind with their own translations and edits". There isn't a "Dynasty team" of translators and editors/typesetters that is working on FF. All the English translated chapters of FF that you read anywhere on the Web pretty much all come from the same people.

Almost all FF English translations come from halmoni. Translations of early chapters were done by Haggant. When a new chapter comes out, halmoni provides a quick translation within a few hours. Then, someone would take this translation and create a rough typeset of the chapter. The people who do the rough typesets, a.k.a. roughs, are QCO (first 28 chapters), Cold, d.d.d., kyra and various other contributors.

Roughs, as the name implies, are not perfect, nor are they meant to be. They are typesets that are done relatively very quickly. The point of the roughs is just to get the translated chapters out as quickly as possible so that people can read and enjoy them. However, they are not meant to be the "final releases". Afterwards, the team goes hard at work to create the final releases. This involves reviewing and improving the translations, cleaning up the images, getting rid of JPEG artifacts, doing the final typesetting, quality-checking, so on. This FF scanlation team is comprised of jrdp_18 (raws, QC), halmoni (translation, TLC), Haggant (translation, early chapters), Kanaria (TLC), Gulf Standard (QC), kyra (QC), kubrick (cleaning), winter (cleaning), takachi (cleaning), Ryo (editing/typesetting). Apologies if I missed anyone.

Now, if you see FF chapters in English on various other sites, you are basically looking at the roughs. Many sites just take whatever they find, even if they are roughs, and upload them. Without ever asking the people who made them, of course.

Then, why doesn't Dynasty just upload the roughs like so many other sites? Because Dynasty tries as much as possible to respect what the scanlators want. So essentially, Dynasty only uploads the final high-quality releases. And personally, that's fine, since if you want to read everything up to the latest chapter, you can read the roughs.

The art is almost like the official art, DAMN!!!

sigh... it'll still be like another 20 chapters before this happens. Just guessing

I don't like this. It'll be months before No-Rae's hair will be this long again. I want this NOW.
But it is cute, and very much like Ssamba's style.

@ImutLocksmith Ikr! I thought it was by ssamba lol
@FlameHazeKatsu pin-you-against-the-wall is always a hot position XD
@craptree I want long haired No-rae to quickly return too <3