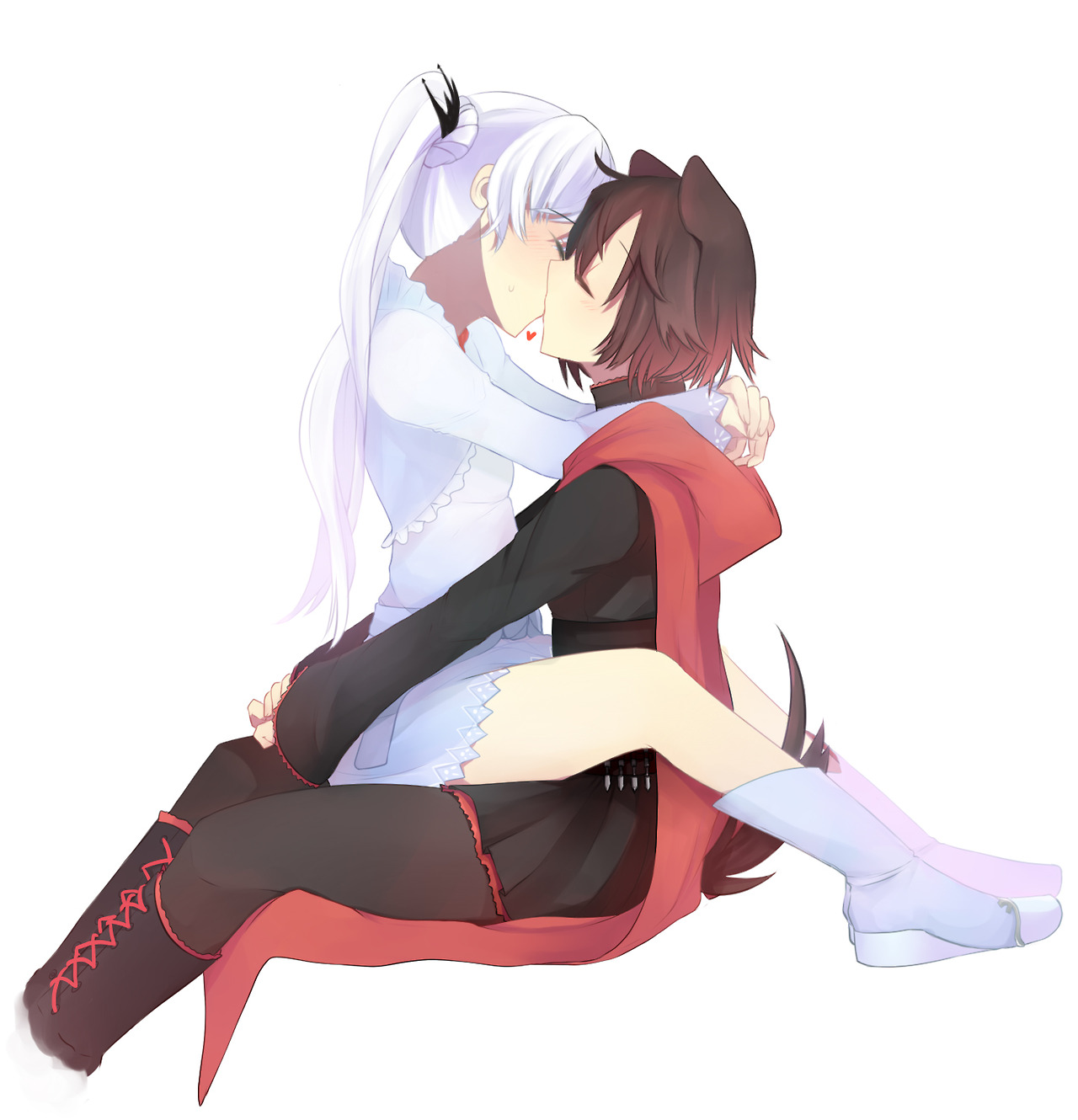 I swear if neptune ends up with weiss I'mma get angry

You and me both!

^ It's all some weird plot by someone to try and instill a heterosexual agenda on team RWBY. They're gonna fail horribly at this point and I think Monty is all too aware of it. Expect the inter-team couplings to win in the end.

Is this series any good? I think I'll wait 'till its over ^ that comment scares me...no het for me!

^it has good moments! that is a very good setting and history, an absolutely fantastic array of weapons, and the villains are all great.
It's strongest in its fights and plot heavy moments
Weak in areas such as: inconsistent characterisation, unbalanced emphasis of characters (as in a sub character has had the spotlight, including show time, lines, and characterisation to a ridiculous length, as in far more than one of the title characters. {Jaune if your wondering})
The soundtrack is amazing, and a lot of the designs are great, but the story needs some work. It goes on and on about things that don't matter and skips out on important things like team bonding, mentioning them occurring instead of showing them happen
A lot of people are upset (myself included) about the queer baiting that is going on at the moment
That's what they ^ are talking about

In case you're wondering, Monty has stated that there will be queer characters and has hinted that some of the main cast are gay. In addition, apparently the entire cast thinks blake x yang is great. I haven't heard anything about weiss x ruby yet but I'll be sure to let you know. Also, Blake x Yang is the second favorite ship among fans, after pyrra x jaune.

As for the show itself I like but then again I generally just like Rooster Teeth.
To be as unbiased as possible I would say the show has great fights (duh, its Monty Oum) good music and that sort of cult classic appeal, plus decent, likable characters (All of Team RWBY, Sun and Penny most notably)
Be warned it does have its fair share of awkward animation, largely because its made by about ten to fifteen people. By comparison, a standard animation team has about 150 members.

whoa walls of text I think I'm still better off waiting. Its not that I just like yuri/moe I'm very picky with my anime/manga I can watch most genres as long as they don't pull BS that angers me...so I'll wait haha.

Well while it was stated that there will be queer characters in the future.
Why does it have to be in the future
What is it about queer characters that you can't just slide them in just as easily as all they did with all the heterosexual stuff
It's not even that difficult
A character can mention their interest in members of their own gender
You could even just have random background characters
They missed a golden opportunity at the dance to show that they exist
Just a couple of same-sex couples dancing together in the background
It would be noticed

Its has an great setting
Great music
And some fantastic characters
But it has some major problems
(It should also be noted that like 10% of the characters are unarguably poc, not just 'they have a Chinese name even though they don't look remotely Chinese, such great representation)

I haven't watched it, but it seems like Weiss does like Neptune (from what I've read in the forum at least) so it's probably certain that it's going to be Weiss x Neptune and not Ruby x Weiss. Which sucks really..

Well Weiss did turn him down/abandon him in the most recent episode. And even if she is interested, that still doesn't rule out Ruby or the possibility of here going for another character that might be introduced in the future. There is such a thing as Bi-Sexuality you know. And Pansexuality, people always forget that one.

Huh, I though she invited him for a dance, and he declined because he couldn't dance.. Also I know there is that possibility, but it would be nice if it was Weiss x Ruby and not Weiss x somebody else. Haven't seen the main cast paired up among themselves exclusively in a yuri anime.

I haven't watched more than three episodes of the first season so I wouldn't know but the possibility of this being canon most likely depends on it's popularity amongst fans given that it's a web series. If it's not as popular as Weiss x the guy then it's less than likely to be canon.

I just watched episode 7 and I'm so mad at Jaunne for telling Neptune to go with Weiss!!! I don't want Weiss to just end up with a random guy who just appear for a few episodes when she clearly has history with Ruby!!!!!! Q_Q

Its not like Jaune knows anything any ways so You can't really blame him; after all, he was only trying to be nice.

okay everybody if neptune and weiss become canon lets pull a gurren laggan by hijacking mechas and then we'll make monty sink the SS neptune x weiss are you with me ?

I love this pairing but I wish they stopped making Weiss x Neptune stuff -.-