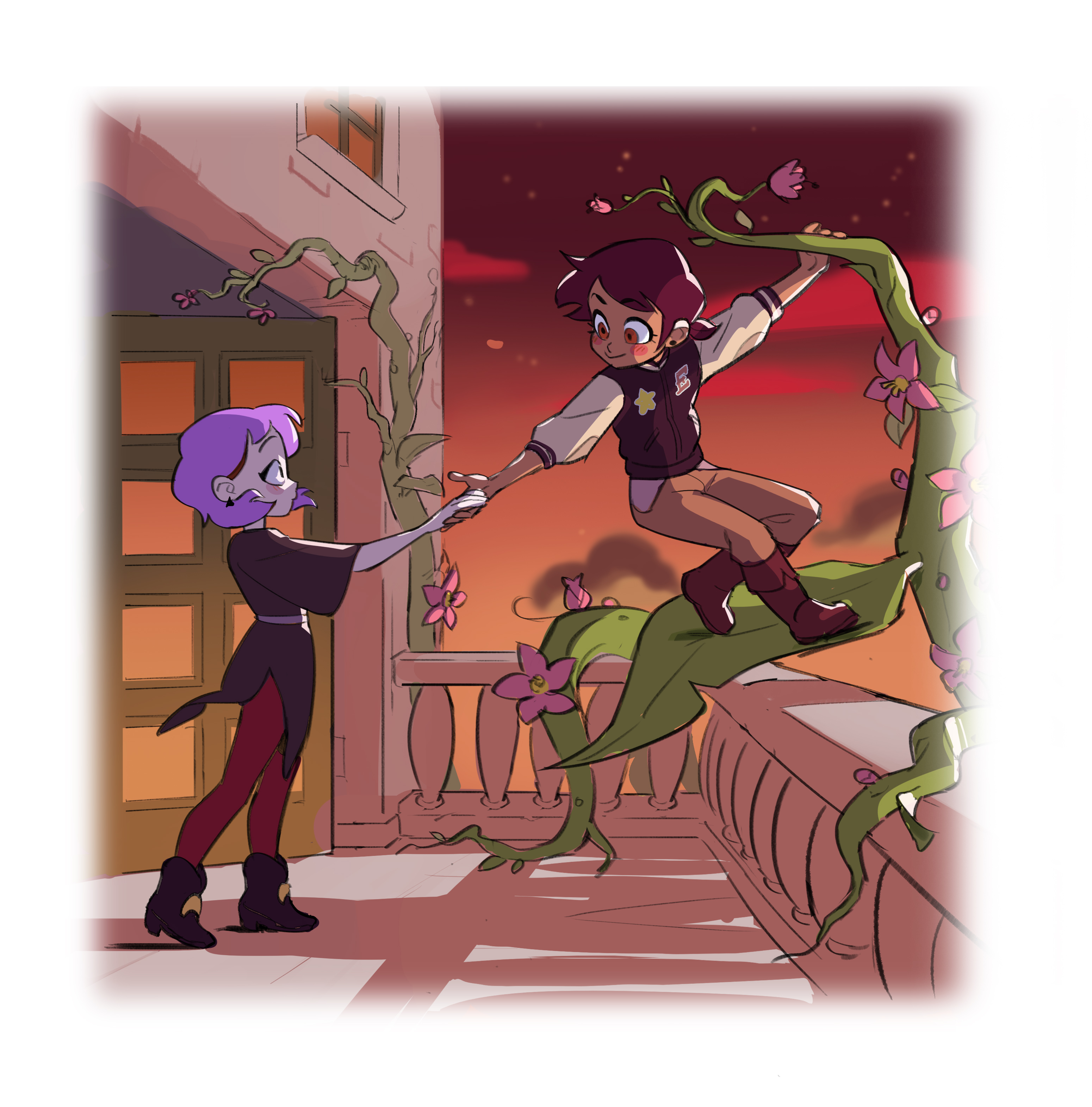 How to acquire a cottoncandy-haired goddess

Luz out here like "Alright, havin seen the GF in a few weeks, bout to Gnomio and Ghouliet this patio. Gotta make sure the vines have cute lil flowers on them for when I whisk her away."

Disney needs to renew this for a few more specials and ramp up the gay to make desantis and his idiots sweat.

^Do we need politics here? What is the fascination with it?

^^why the hell are you on a site dedicated to manga about queer people if you think our lives are just “politics”?

^^^Because I live in Florida and that 10lbs turd in a 2lbs bag passed legislation that affects me and those around me.

^ Saying "Disney needs to renew this" as if they weren't the ones who prematurely cancelled the show due to the queer characters in the first place. But also, read the room, this isn't the platform for this sort of debate.

ToH is probably one of the best cartoon I have ever watched. It really drew me in from episode 1. And I am super bummed out it's gone too soon. I personally believe that milking a series dry is never the way to go, but ToH was going at such a great pace, and I really felt like there was so much more to uncover. I appreciate the writing, in a way where it doesn't show bias. And although the series is centered around Luz's adventure; it's not all about her. There is a story for almost every character. And I especially enjoy the fact that Luz doesn't have to be there for everything to happen. There are many times where things are happening, and she doesn't need to be there for that to progress. That is just so refreshing to see. Because it is something that most writers don't know how to do anymore. Where they show heavy bias for their one main character, and center everything and everyone around their main character. And for that I appreciate ToH for being one of the most memorable and enjoyable cartoon I'll ever watch.

Love these dorks. Really a shame it was cancelled.