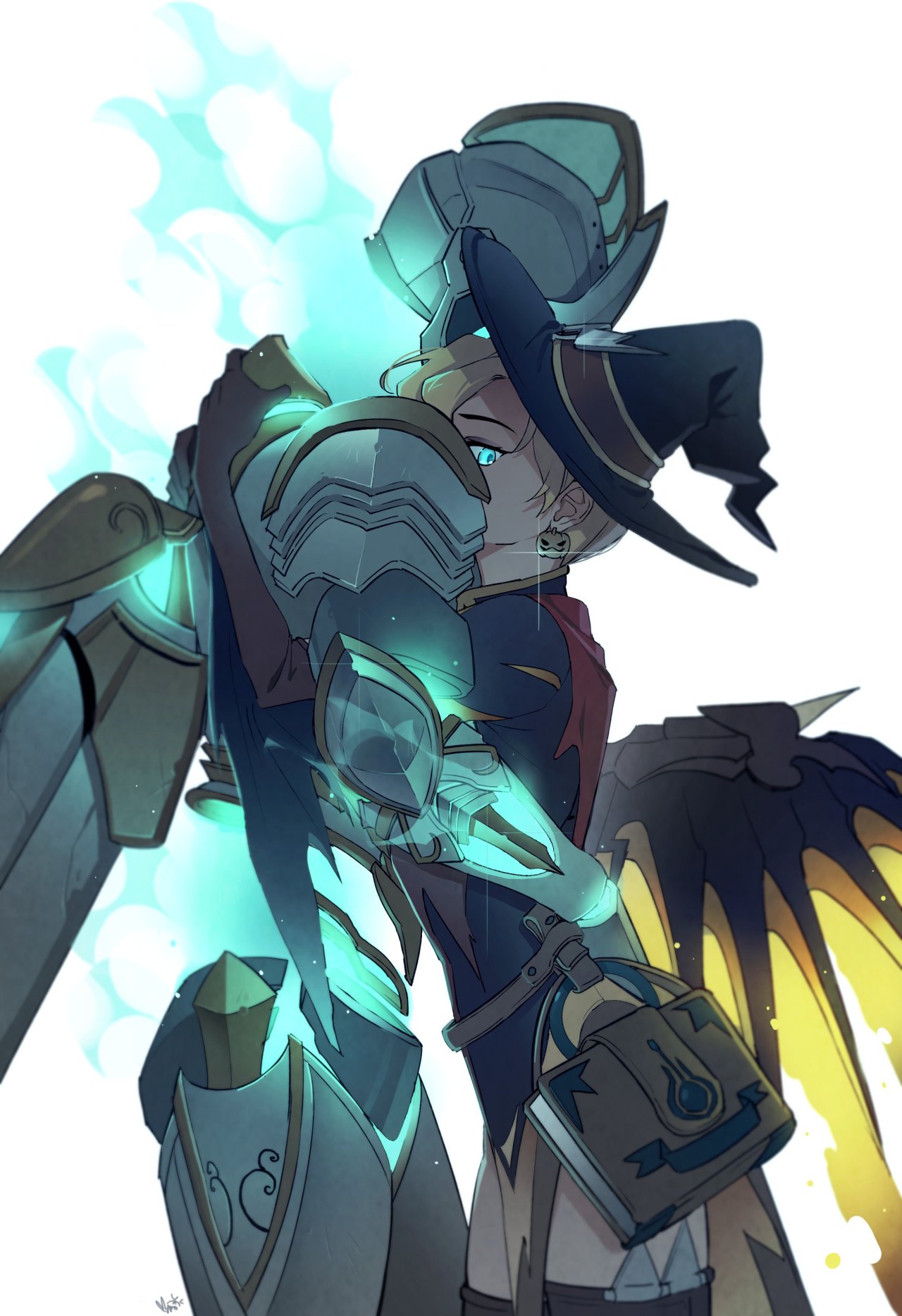 What happens to phara's body

^I assume you're asking what happened? It's her Halloween Ghost Knight skin called "Enchanted Armor".

This like the first Overwatch yuri I seen in quite a while, did the yuri shipping fandom died out lately?

the OW yuri is still around here and there. kind of a shame though. I like some these that's been springing up on here a few times.

Things that were popular as hell a few years ago now only get a few desultory uploads every now and again. When I signed up, you couldn't get away from DiaAkko, PhaMercy, Princess Principal, Flip Flappers, and so on.

Then came the enormous flood of Watamote images.

Two years from now it'll be something else.

Time is fleeting. Yuri is eternal. But specific flavors of yuri come and go.

^I think also Overwatch wasn't supported properly by the devs, in my opinion anyhow. I felt very disappointed with how the devs handled the game, and I know the friends I played with felt the same. There's older characters from various media, anime, games, and so fourth that still get more Yuri than Overwatch currently does.

Also honestly I think it's better to compare Overwatch to something like Genshin Impact. It's another currently hugely popular video game with a massive amount of Yuri art, but I've seen a lot of people posting frustrations with the game. So I think it might be a similar case to Overwatch, where the massive popularity will start to fall off due to the game not being handled well by the devs. Maybe I'm wrong though, I guess we'll see.

^Definitely that as well yeah. Combined with the long list of Blizzard doing and saying things to piss people off for awhile now, one example I'm sure everyone knows about is the whole Diablo mobile response.

Eh, Blizzard pretty much killed Overwatch off when they announced the sequel and stopped adding new characters. Most companies aren't dumb enough to do something like that