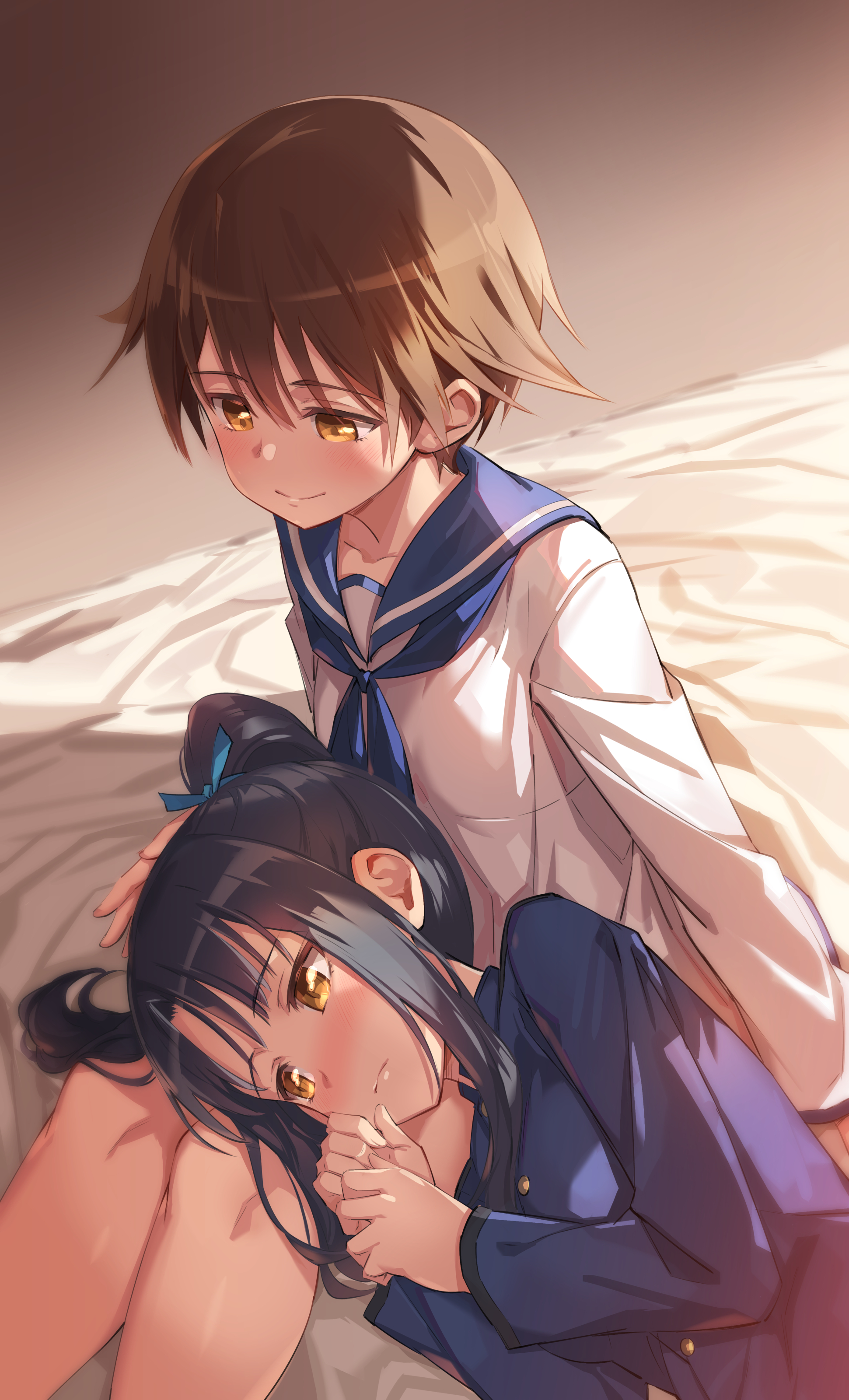 They were so cute together, farewell Sakamoto, you will be missed

Honestly, I forgot this artist even did pics that aren't Tougou x Yuuna.

@shadesan is that a spoiler?

Also, I never finished the Strike Witches movie (because that day my internet decided not to work) or start season 2 (due to there being visitors here despite the pandemic)

@juanelric it's kind of a spoiler I suppose?... although I don't know if Mio actually left the 501st... but according to what I've seen people comment about the new Road to Berlin (season 3 strike witches) she has left (as she has retired from the front due to her magic already gone... ever since end of season 2) Additionally Shizuka is officially a member of the 501st ever since the reveal of S3 Road to Berlin, it's even shown on the world witch wiki if I'm not mistaken

Also if you're planning to watch the rest, make sure to watch season 2 BEFORE THE MOVIE & OVA's.

This is the correct order after seeing S1: Season 2 -> Operation Victory Arrow episodes 1-3 > the movie > season 3.

This is because the OVA episodes and the movie are actual sequels and not alternative takes or repeats of what have happen. It's recommended to watch them in order as I mentioned above as to keep up with what has happen and all that so you won't be confused when watching S3 later and having no idea who Shizuka is or why Yoshika has her magic back and so on

Personally I have watched all of them except Season 3 Road to Berlin, but I will watch it at some point (just don't know when tbh) in fact the only reason why I haven't seen it yet is because I wanted to wait until all episodes are out (which they are now) and also because I didn't look forward to it that much. (as it would feel boring and empty without Mio)

Sorry, that was not meant to be a spoiler in any way, just that I always shipped Yoshika with Sakamoto, but this new pairing is so darn good.
Sakamoto is still present in S3, as @Rozen explains. S3 is great!