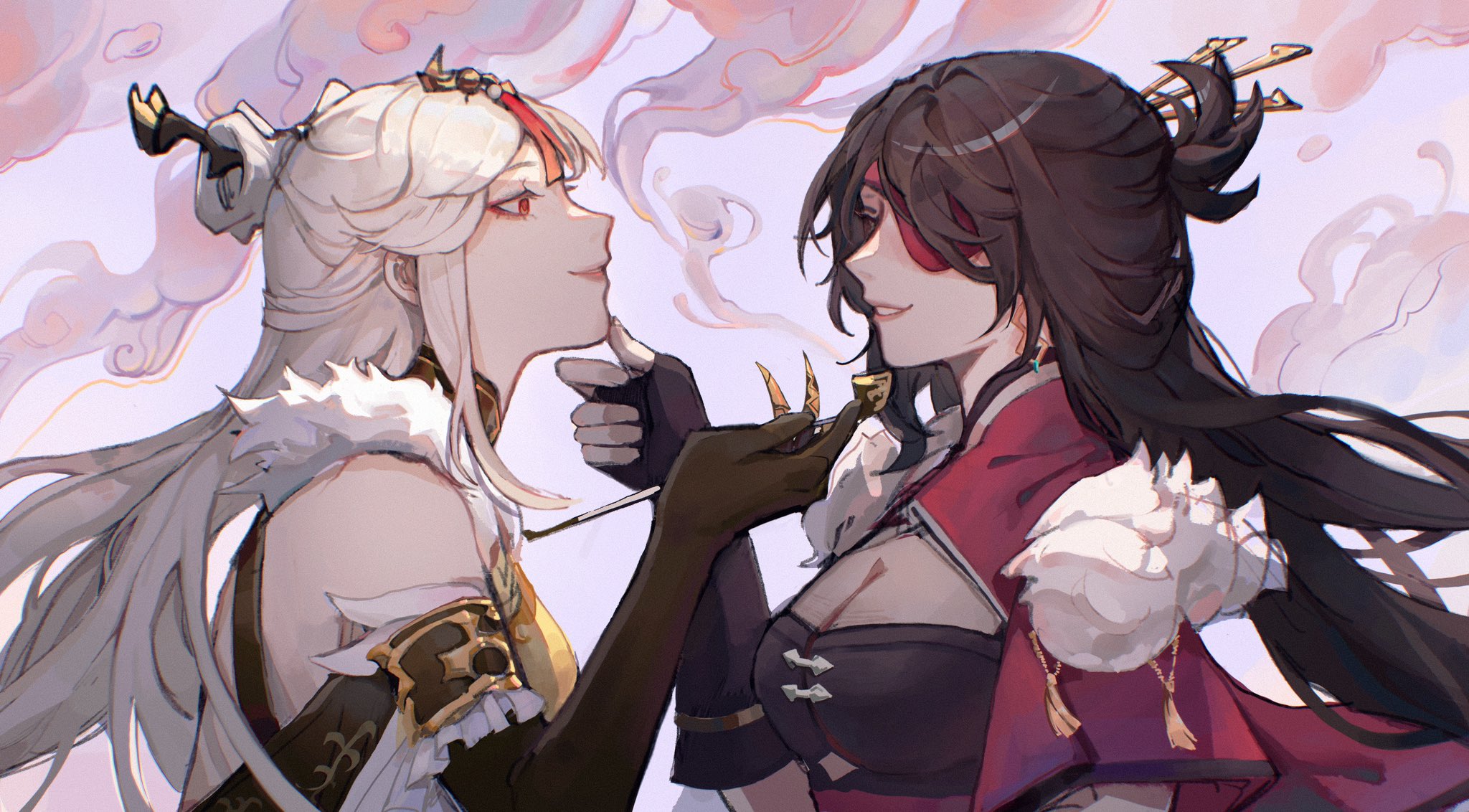 Them being ex's is very plausible. Their voice lines for each other make it seems so. With beidou seeming sad and ningguang angry.

^ I have an entirely different view. Their voice lines is one thing, but everything in their story and from overworld stuff is another.

Ningguang makes it a point that she does deals with Beidou and NOT the Crux, and even says she prefers doing business with her cause of her personality. If you explored the Jade Chamber, she also keeps a model ship that's a "gift from the Crux" in her office. She only deals with the Crux through Beidou so guess who gave her the ship?

There's also NPCs that say Beidou won against Ningguang in chess so we know they do things like play chess together. Another thing to note is the NPC said the shocking thing here is that Beidou dared to win against Ningguang.

Pretty sure this is a case of both people hiding their likes for each other. I think Ningguang is hiding it more but based on her actions, she doesn't seem like she actually dislikes Beidou at all.

I think of it like Ningguang begrudgingly likes Beidou despite how different she is to her.

Also idk about exes since the reason Ningguang seems angry with Beidou is cause she keeps breaking the rules and needs to be fined all the time. Ningguang is a very strict rule follower so she's just annoyed Beidou keeps messing around in Liyue despite having the adoration of many.

The trope for them is pretty much like class president x delinquent if we want to simplify it.

^ I would honestly find it adorable if a smug Ningguang thought she was a chess master, but was actually playing chess all wrong but no one would say anything to her because of their fear of her lol