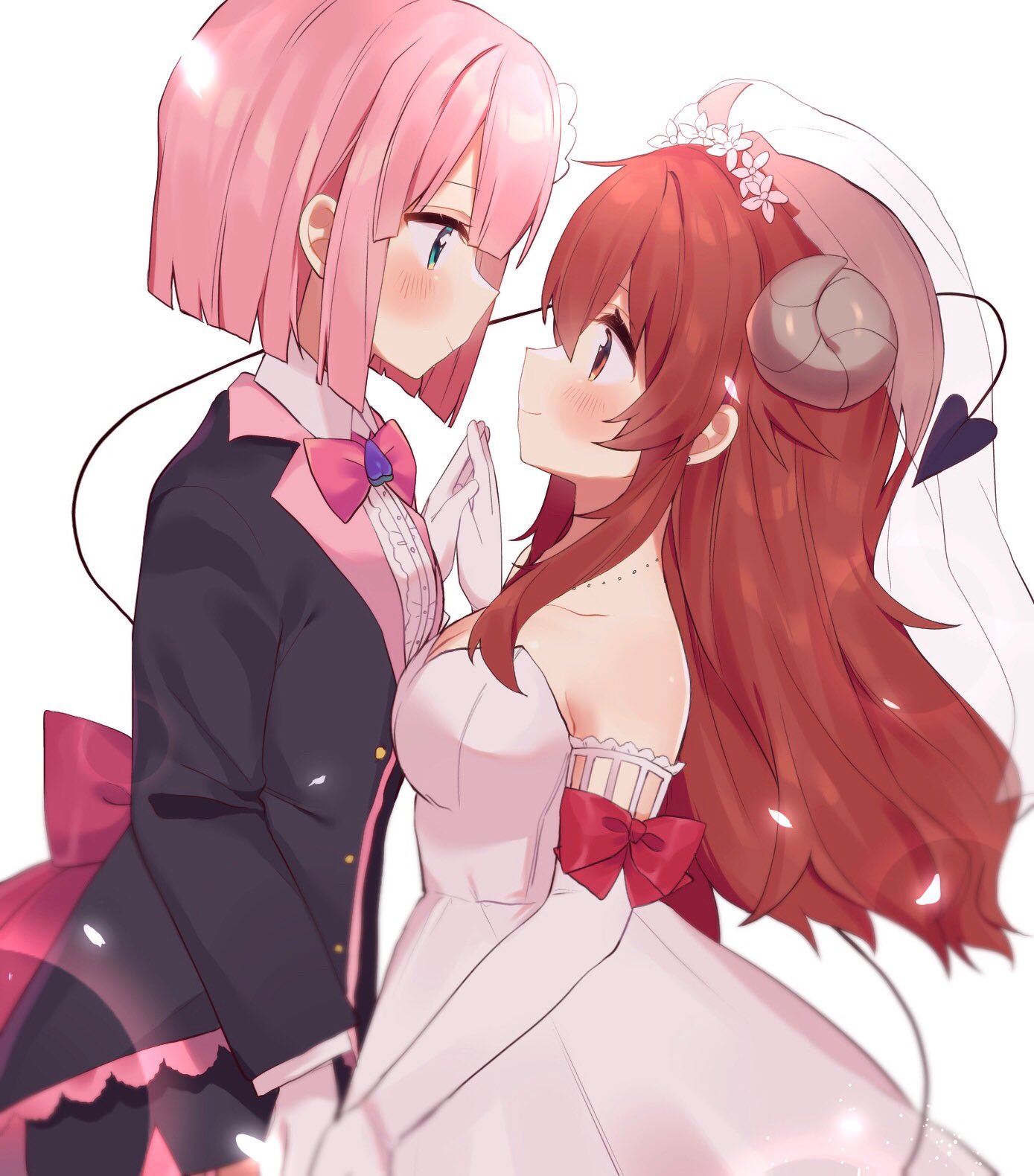 I want an invitation

Yep, this is definitely the way I see this going.

I saw this anime but I couldn't see them as a couple, they just seem like good friends

^ Read the manga. It's definitely a yuri. Momo is at wit's end in love with Shamiko, and Shamiko is awakening to something she hasn't quite let out of the bag yet. It's very clear at this point. Now how it will wind up...who knows.

^^ That's because the anime only covers the first two volumes (and half of the first chapter of volume 3). The relationship between them gets much more profound as the story progresses and they become increasingly attracted to each other.

^^^ Shamiko: "Be it the past Momo, the present Momo, or the future Momo, I want to have all of them to myself."

I know it's probably not going to happen but let this be the final page of the manga!

The anime itself was stupidly romantic since the start with the Opening.

I saw this anime but I couldn't see them as a couple, they just seem like good friends

Shamiko asking Momo to be her vassal during episode 12 had all the tone of a confession. How did you miss that?

@Adnegel Except the ending surely?? The bit where she is asking her to be a vasal is SUUPER blatently more than just friend vibes! How momo was reacting and what they were saying etc.. Even the challenege/love letter jokey bit after the credits- how momo reacted seemed more than friends!

I agree most of the show leading up to the end can be seen in friends light- but you can also see it as them just becoming closer and closer- and liking each other more - in whatever capacity.. that can still lead to romance too.

But the end.. It was super blatent imo. For both of them.

And I think many of these images are inspired more from the manga- that goes a lot further than the anime.

i know momo gonna drag her to bedroom immediately

^^^^^ The OP is f*cking gae, and knowing that Momo and Shamiko are the ones sing it makes it even more gae and I love it-