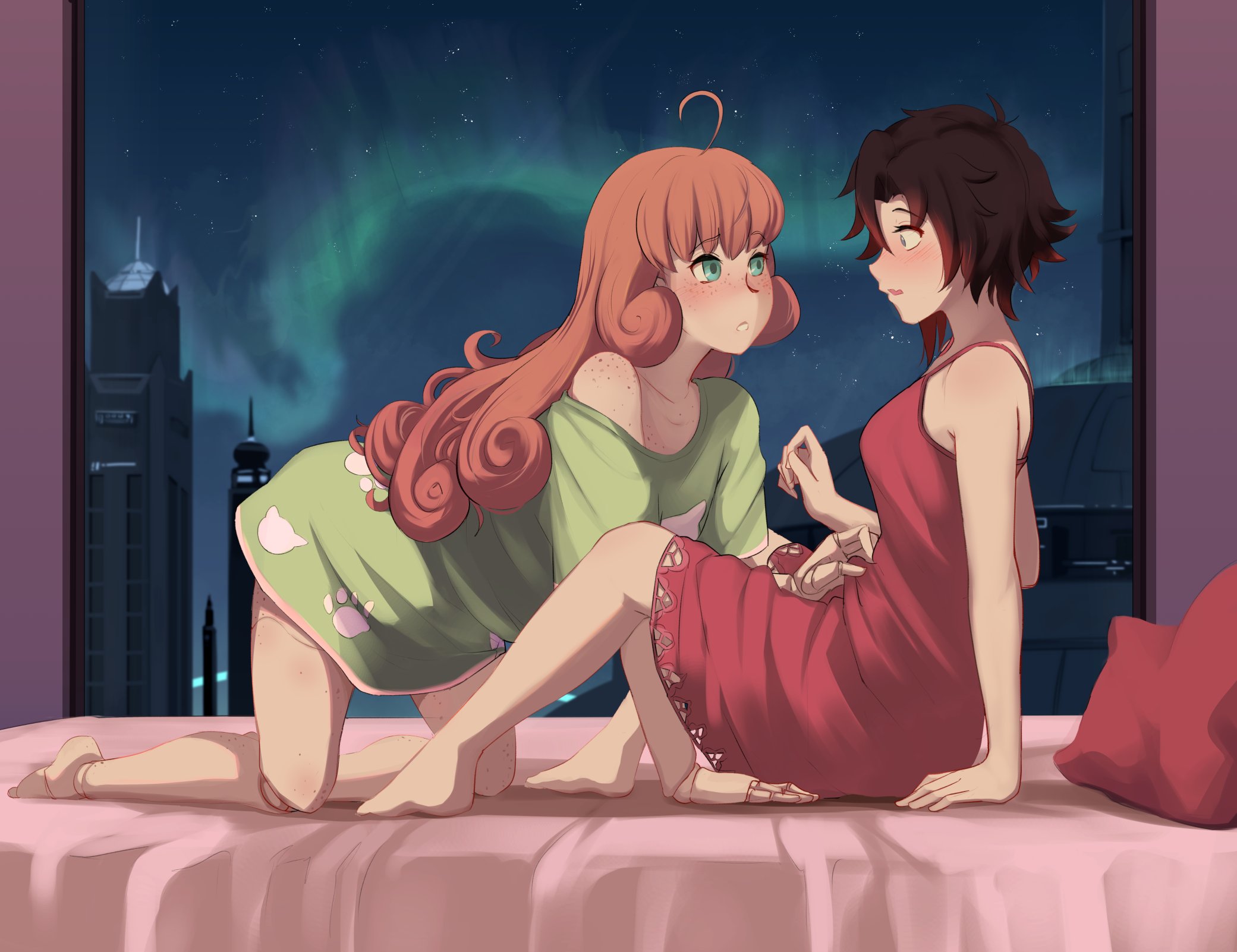 This ship takes Ruby's love of weapons to its logical endpoint.

Yes, yes it does and is exactly why it should happen.

It's nice and all, but seriously no Ruby x Weiss stuff for Whiterose week? Slightly disappointing bh

Is top an enchanted doll or a robot?

I thought it was penny x cinder at first :P

Frosen Rose would be awesome!

I wonder why we're not seeing more of this artist his yuri is so good. Also robot

ah yes the two most annoying girls in the series

Why do people keep drawing Penny with doll-like joints?! We've already seen in Volumes 1-3 that Atlesian technology can give her human-like artificial skin.

^Because it's a good aesthetic.

Is top an enchanted doll or a robot?

i would say more like she's an android, since in the OG she was artificially built from scratch and designed to look human (we can't see her wrists and fingers joints, she actually looks like she has real skin), and her father (the one who built her) gave her part of his aura (a "game" mechanic of the series) when he built her, although she otherwise can create her own aura, which implies she also has a soul (only people who have a soul can generate aura). So maybe, a human in an android? i have to admit i don't know much on this point tho, maybe the soul she has is a part of her father's? not sure, so don't quote me on this

She's a prototype magitech android designed for military service to replace society's dependance on Huntsman to kill monsters.
Because Huntsman fight using Aura, which is a property of the human soul in that world, her creator infused her with part of his own soul, thus transforming her into a living being capable of wielding Aura in the same way

Well, Ruby did say she's always been inlove with weapons. I just didn't expect RoosterTeeth to go in the route.
I still love it thooooo ♡♡♡♡

^^^ The last season confirmed that Penny has a female soul. The way it did would be an even bigger spoiler..