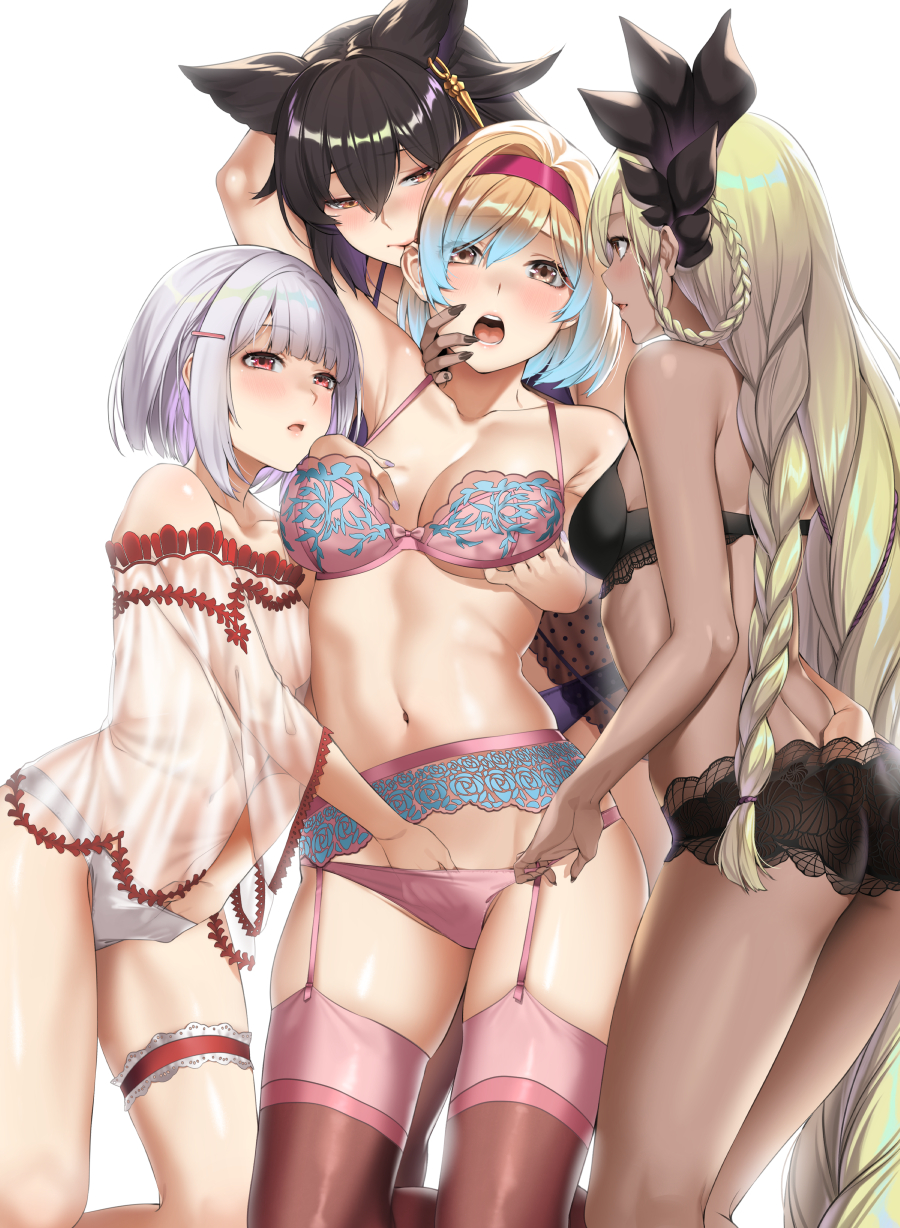 Great art! Everything is beautiful in this image!

That have doesn't have any actual yuri right? Just lots of girls who fawn over you because you are the MC?

Calm down girls, there's enough Dyeet for everyone.

^^If you mean the game, then yes, it mostly operates in an MC based way. Though from characters in this picture only the one in the back showed romantic interest in the MC, and is a yandere serial killer.
As a result of this, the game rarely solidifies any couples between the characters, be it straight our gay, with few notable exceptions. That said, there's a couple characters that are either gay or all but stated to be. On the girls side, from what I can remember, there's Anne and Grea, Bridgette and Cordelia, Silva and Tweyen, Vira, Halluel, and Freesia. Probably Apollonia, Farrah, and Ares, would count too.

Oh god... something is hard under me..

Hands are on everyone