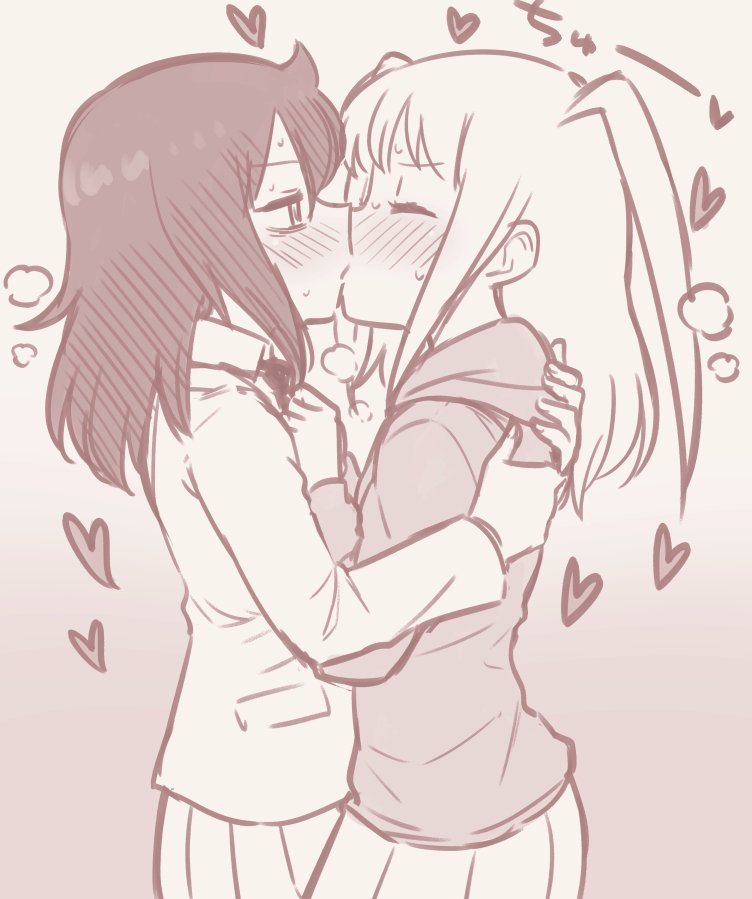 I looove these two. Their dynamic is always great, and they feel more like equals than asumoko

@sorathecrow really? They look more like rivals from what I've seen.

^ Never were. Hell - Nemo was the first person in the class to proactively befriend her. (That event arguably marked the series' transformation from cringe comedy into an optimistic, and rather gay, growth story.) They certainly do a fair bit of back-and-forth snarking but that files under "casual horseplay between friends."

@juanelric. It's precisely because of that friendly, semi-belligerent sexual tension that makes them work together so well

@random Rivals can be friends and vice versa. I think Tomoko and Nemo are friends with a small rivalry aspect behind them.

@sorathecrow I always thought that the main problem with NemoTomoko was the lack of sexual tension compared to the other ships. I agree that they have great chemistry between each other and feel the most natural in their interactions, but they also don't seem to be as conscious of each other when compared to the Asuka, Yuri, etc pairs.

Not sure what they'd even be rivals about, beyond Nemo's quirk of getting pointlessly (but good-naturedly) competitive over the weirdest things...

You don't need some specific topic to become rivals over. The fact that they get competitive over things is what drives their "small rivalry aspect". A rival is literally just someone you compete with.

I see Tomoko talking about Nemo's genitals to her face as more of a point towards Tomoko's social awkwardness rather than a point of sexual tension between the two, if that's what you're referring to. Personally, I don't think it really compares to Tomoko and Asuka constantly talking about (and in rare cases acting upon) touching each other's various body parts or Tomoko and Yuri acting like a newly formed awkward couple all of the time. But to be fair, that's mostly up to interpretation, so if you see it another way, fair enough.