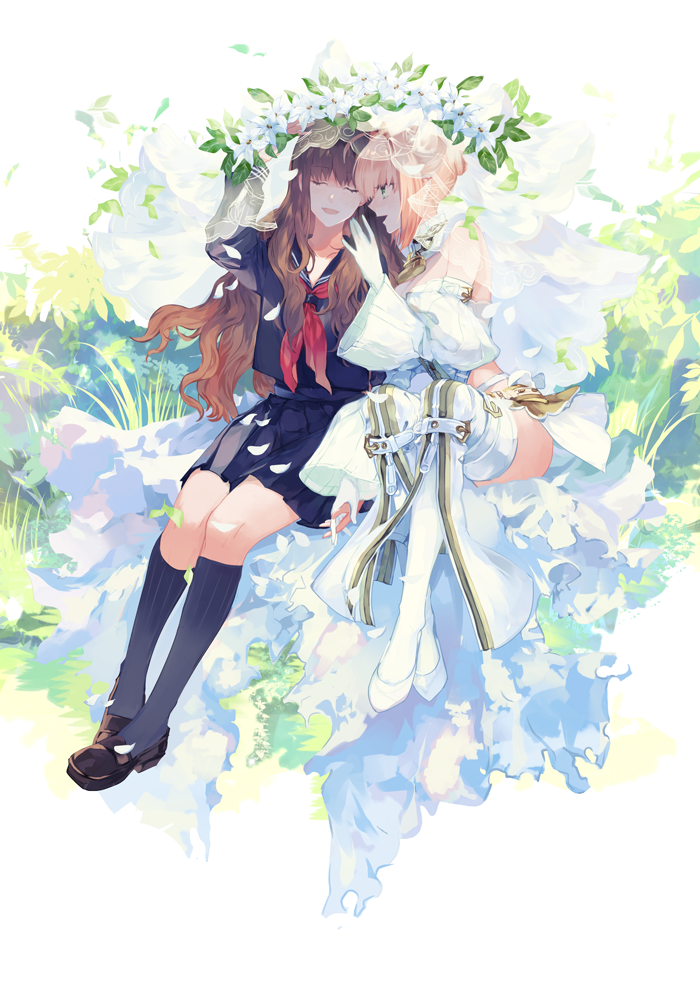 Eh, not really. Especially since their CCC outfits only really work within context and don't really supersede their original ones in other places, including fanart. So for general pairing fanart, they mostly just use default outfits.

From what I've seen at least, in general CCC fanart is the most common, at least for the main pairings. That game was after all 90% fanservice (not just the sexy kind) and relationship stuff. In the West it's limited of course for obvious reasons, but Japanese artists really go ham on the CCC stuff and outfits. That's where the Nero bride and Tamamo sweater craze began after all.

Nah, at most I remember that being a thing for a bit after CCC came out, but ever since more contemporary fate works like Fate GO or Fate Extella came out, people've moved on. Even the picture above is leaning more on Fate GO with that ascension outfit. Even CCC original characters had more relevance thanks to Fate GO rather than their source material. Fate GO as an entity just immensely dwarfs everything else. Also in terms of relationship Extella was noticeably more fanservice, considering they were essentially at the honeymoon stage of their relationship at that point of the story.

Well Extella is more or less a sequel to Extra/CCC anyway, so one might call that an extension.
F/GO sure is the worst.