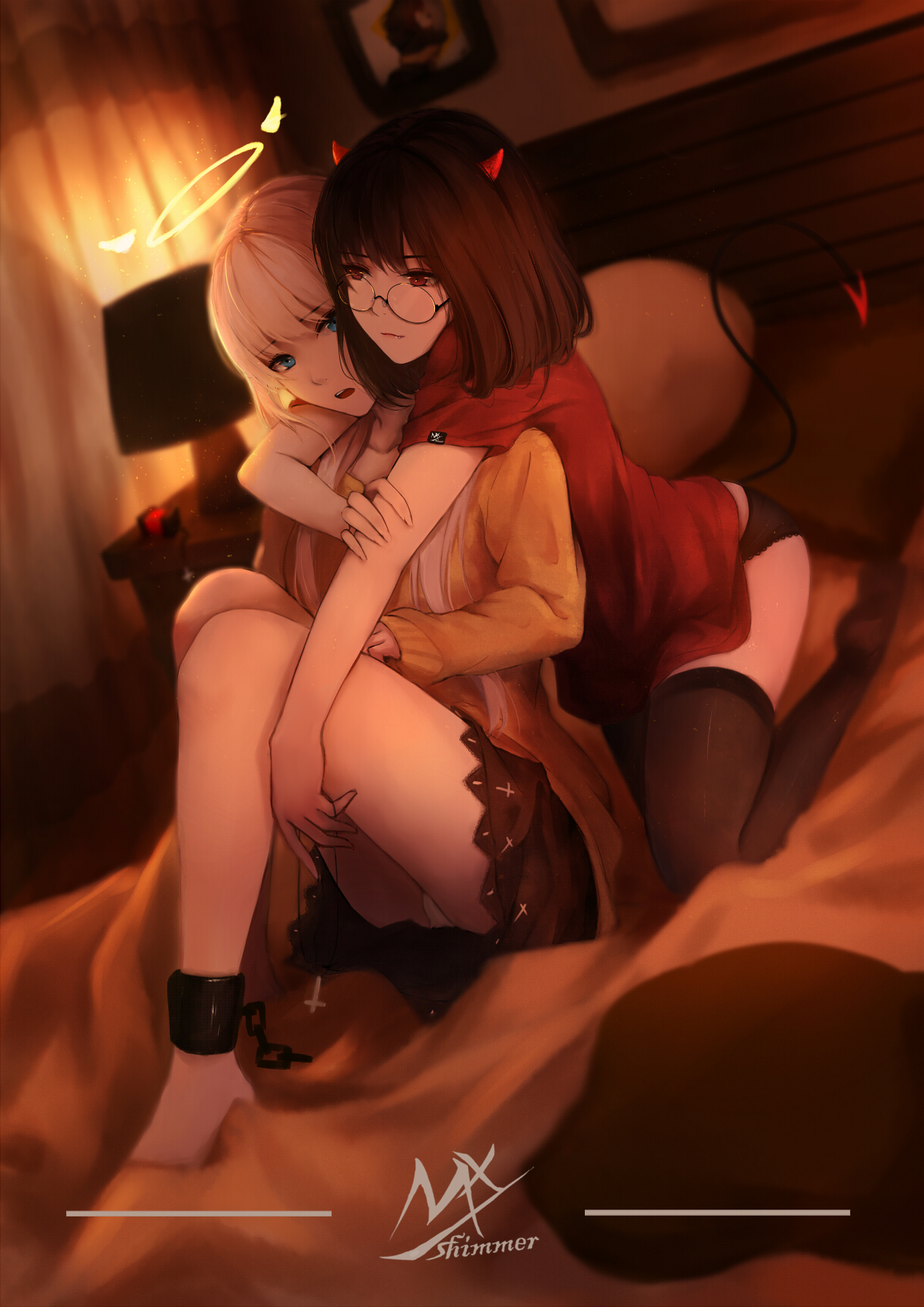 R.E.M.— “Losing My Religion”. The removal of the crucifix brought the song to mind.

The angel was a captured prisoner in Hell. Hence the ankle cuff and chain.

While she was a prisoner, a demon was sent to corrupt her.

Too corrupt for Heaven and to pure for Hell, they're now holed up in a motel just outside of Jackson Hole, Wyoming while they decide what to do next.

@Vankomycin: Either good background or you’re an artist/writer, I’d say both. What you’ve written could’ve been used as text introduction for a series.

@Lewdholder: Not official, though. Just thoughts off the top of my head after looking at the pic. The artist of the image undoubtedly has a much different conception of what's going on here.

@Clueless1: I can't draw, sadly. I have written a short comic that got uploaded to Dynasty, but somebody else drew it.

Who are the ladies on the pic behind them tho?

this just in: devil wearing an oversized shirt and black panties is everything and i need more

@Clueless1 Mmm, something like a slower instrumental remix of that could suit this image really well.
And @Vanko, always love the little stories you attach to images haha

^ Thanks! Glad someone enjoys 'em!

@Vankomycin: These days, everything is collaborative to create art. "Jack of all trades, master of none" doesn't make the grade these days... need specialists to make great things. Oh, and practice makes perfect... this is a good place for it with the honest opinions of users here providing feedback, I'm not the only one.

For that the angel will have a baby with her devil wife.