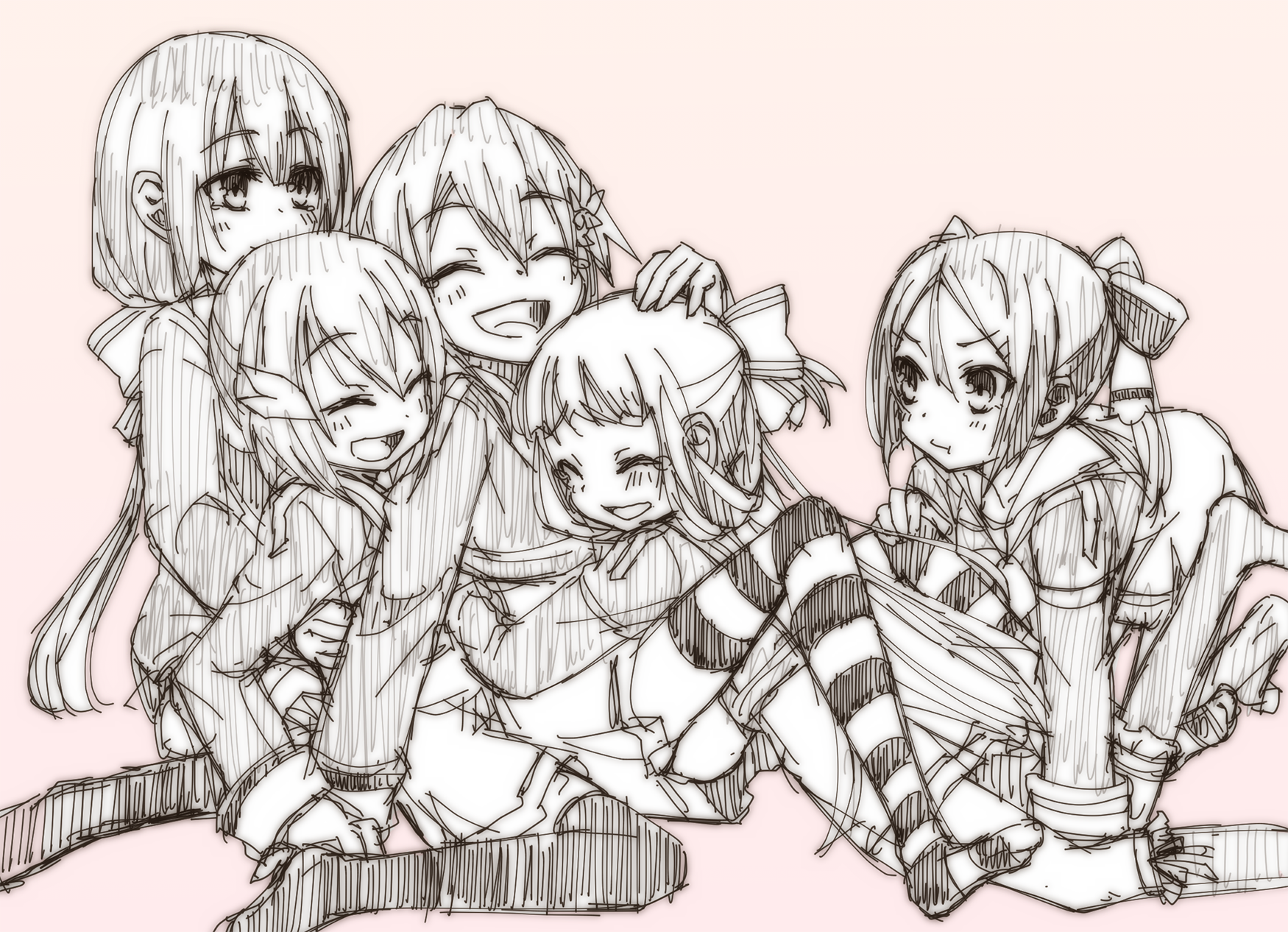 And thus our yuyuyu festival ends!

What will be featured next? Even I don't know!

this breaks my heart... why would you end with an image like this? T_T

lol it's okay. You have to read Washio Sumi is a Hero to know why this is so heart breaking, not gonna spoil it though.

Please spoil! I won't read it any time soon, but I want to know, and I love spoilers, please kickap00. (iAi)

I lied, I actually have the next week or so planned out.

But that's a great idea for later. July is going to be a very gay month ^-^!

@Thiaguinho-sama: It's not hard to find, I would rather keep the image gallery as spoiler free as possible.

Okay you asked for it

[MAJOR SPOILERS FOR WASHIO SUMI IS A HERO!!!!]

So the reason why it is sad is because 2 or 3 years ago before the events of the anime take place, Sonoko Nogi, Minowa Gin and Washio Sumi were chosen by the Taisha to fight the Vertexes. During the fourth battle with Vertexes, the girls fell into a trap in which they all got seriously injured. Gin was the only on that could go on fighting, she succeeded but she ended up dying. Sonoko is the one hugging Gin in the picture, and Sonoko took Gin's death the hardest. Also Washio Sumi is actually Mimori, because if you saw the anime you remember how Sonoko recognized her but Mimori couldn't remember her because she has her memories erased. Also when she went mankai twice it took away the use of her legs and that's why she was in a wheelchair, but her parents told her she was in a car accident. It's kind of ironic since Mimori means "memory".

Thanks, I already read it kickap00, so you can edit it since Rye feels unconfortable with it.

But really if you want to be spoiled you can just look it up on the YuYuYu wiki. It will tell you all you need to know.

It's fine XD but a lot of people get mad when spoiled.

Sometimes wikis are not very good, that's why I asked you, now about deleting/editing depends on Rye, I know what I wanted so I don't mind.

Yeah a lot of people don't like spoilers, but Rye, we can hide them, so it's their choice to read it.

Well then it's their own damn fault for looking at spoilers so they can't blame me :^)

Last post by me because this is getting de-railed.
The wiki has enough info to at least get you interested, trust me, I noticed ppl highlight usernames now...I must get with the times.

Edit: kickap00 maybe add a HUGE SPOILERSSSSSSSSSS at the beginning and end?

Well Idc as long as they're behind black text, with some exceptions I guess. Also this show's old so...expected.

Don't worry Rye, we can show off our age by not doing any of that highlighting nonsense. Like anti-hipsters or something...

Okay Rye your wish is my command.

Aw, it's over? And I just watched the anime yesterday xD Also the new LN seems to turn out interesting since it's about the start of the war. And perhaps ancestors of Sonoko and Yuuna(?)

Why don't you guys jump on the thread though?

Pekoe I called you a saint yesterday. Now ending with this I have to call you a devil.

...I think the latter is better.