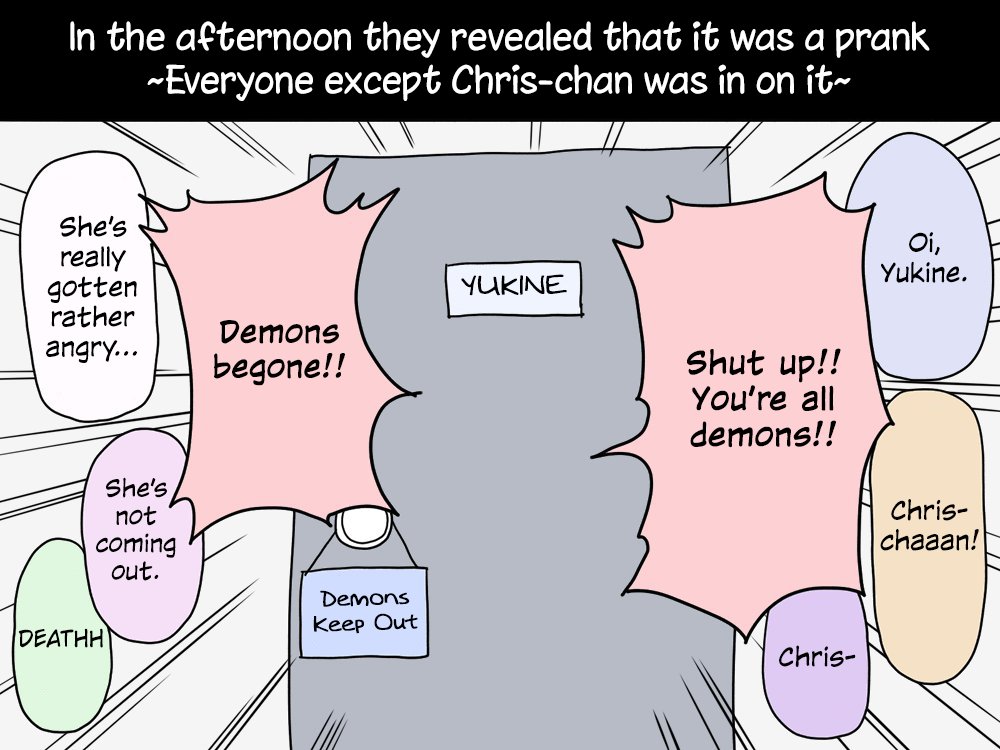 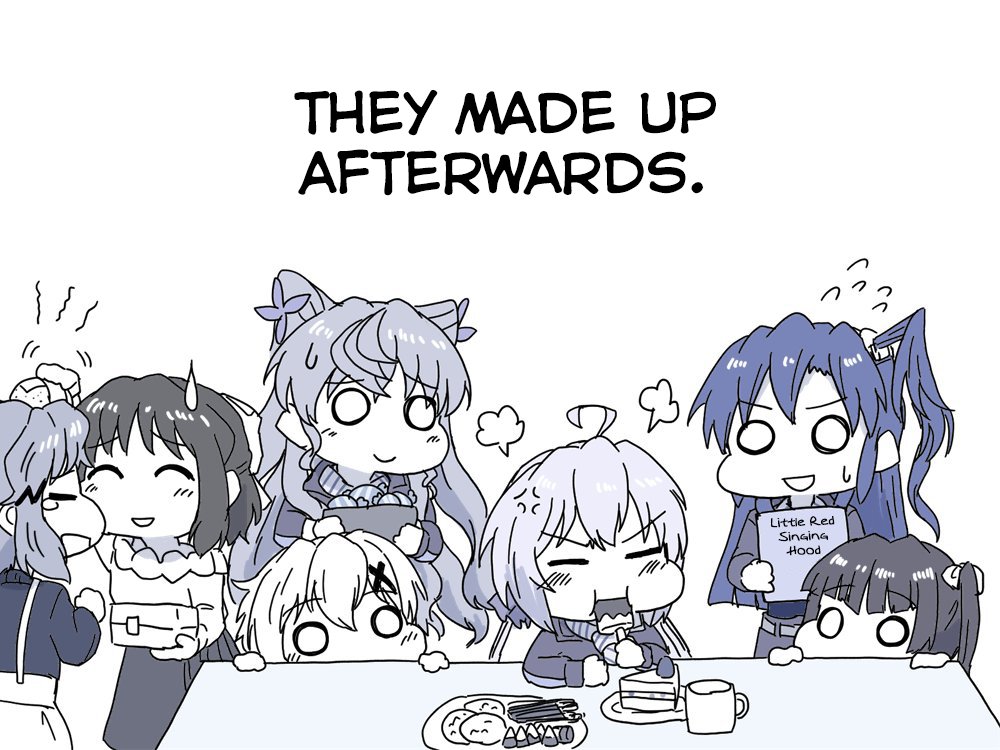 "Little Red Singing Hood" Is that a nursery rhyme lol?

^ It is a pun on her song "Todoke Happy♡Uta Zukin!" (​Singing Hood♡Spreads Happiness!) like Red Riding Hood with singing.

You better make it up to Chris, Tsubasa by giving "her" a baby using your song!

Congratula-death to their friendship after this.

and how many days later until they finally tell her that they were, in fact, planning to adopt

Adding to above, The Wonderful * Singing Hood is a propaganda-like piece of a shoujo manga that the Japanese government in the Symphogear series actually made to cover up the activities the cast were doing behind-the-scenes which ended up being a smash hit apparently getting an anime in-universe. Chris’ character song IRL was merely a reference to it. The full title would be confusing so I went with a shoujo title that kept both the reference and the namesake. You can even read the plot summary of the Singing Hood manga on the actual website of Symphogear.

Apparently after AXZ ended, Chris got hooked on the series after having merely left the anime adaptation of it on the TV in the background a few times, which influenced her greatly.
https://www.symphogear-axz.com/keywords/key26.php