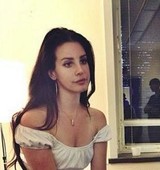 I got into the whole manga thing about 2 months ago and Yuri is one of my favorite genre. While not necessarily the entire span of this website, it is true that this is a pro-Yuri site that does display several works of the such. While I did make a joke video kind of poking fun at some of the tags in the directory that seem a bit odd to someone looking with no context (https://www.youtube.com/watch?v=f25nrRw-uS4), I do enjoy a lot of content from this site. I'm not kidding, I've read 131 yuri oneshot/twoshots and 58 series (3 chapters or more). Not all here. Some I had to resort to using mangareaders... but I used AdBlock! Maybe that's not really that taboo though and I'm just counting chickens before they hatch or something. Also, there's this weird sense of respect and tolerance that is ever so lacking all over the internet. The community here is productive and encouraging. Maybe it's because we all probably read or have read mangas on the site that most manga readers avoid like the plague due to insecurities. The actual reader software is kickass by the way. I'm so used to clicked on a certain side of one screen to move forward I inherently do it when reading a manga/comic anywhere else. Updates are frequent. Everything's organized pretty well. I can't begin to tell you how it's pisses me off so bad going on other sites and seeing the cluster fuck of an interface and catalog that goes with them. Ryuanime.com anyone? Anyway, I'm glad I have an account on this site and get to read awesome manga on it. Thanks for being around. Just to be clear though, I'm not flooding any category or specific sect of talk am I? Other sites seem to be pretty picky when you post. But I think I'm fine. Whatevs.

^I agree with you there. I also don't want to make all the DR staff feel like they're being taken for granted. I appreciate what they do here, providing us with all these delicious yuri mangas. I mean despite some of the complaints and angry posts here towards the quality or translation, they still give us their time just to feed our inner hunger/need for yuri. To be honest, I still don't know how this whole thing works, but I am grateful for everyone who makes contributions to this site. You guys are awesome.

I like the way things are at Dynasty; and your video too.

Yo, guys! Long time no see. Hey, the video mentioned in this post is getting a sequel. Check out the premiere when it happens. https://www.youtube.com/watch?v=bvX7R6vyWtU

EDIT: You missed it, guys! Either way, the video is out now so be sure to check it out.

Your new video hurt my ears. I'm not watching something by you again.