Gone Home is currently on sale for $3.50 at GOG.com. It's a nice little game and at such a discount, I definitely recommend picking it up if you haven't played it yet.

On Brooklyn Nine-Nine, Rosa came out as bi recently. She hasn't always had the best taste in men (her first onscreen boyfriend was nice but the second one was awful), so I hope we'll get to see a sample of what her taste in women is like.
B99 is also a really good comedy and that's one more reason to watch it now. 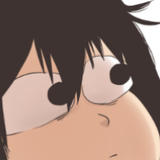 Came across GL webtoon Us Right Now that's about an already established couple in a long-term relationship. It starts with a bit of drama but then it's rom-com and slice of life :D

There is a Japanese band called Scandal and their new song called Koisuru Universe is about love. The video and music is about loving someone regardless of gender. People should check it out. They have been my favorite band for years. There songs are the best.
Link: https://www.youtube.com/watch?v=r3JrcsbjSYM 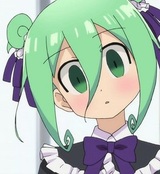 Has anyone played GRIMGRIMOIRE?
I wonder if the yuri (even in subtext) is good.
I'm thinking about grabbing it.

Pretty yuri. Also beyond subtext. Pretty much one girl invites the other one to the bed since she needs love to live.
The girl doesn't care much about the boy either, since she says he's just a player.

If there's a need for more FF literature and you aren't a regular visitor to /u/ meets lit, here's a large-ish chart of novels of varying quality:
https://drive.google.com/file/d/0B_DHtc4amFKsTXNSR2psaGkxRkU/view
(to view properly, due to its size, you might need to download it and open it in draw.io) 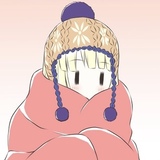 Is orangegengar still compiling recs in first post? I want to add butterfly soup, a game in itch.io (real yuri!). if this has been mentioned before mod can deleted this post

Here is the trailer: https://www.youtube.com/watch?v=7QilzEa5voY

The National Film Board of Canada posted the absolute cutest animated short about lesbians recounting stories of their first loves. Check it out.

Apparently the link is blocked in Russia, from what I'm told.

Apparently the link is blocked in Russia, from what I'm told.

Neither it is in Poland it seems. Or to be more precise, I can go into link, but video tells me it is unavailable in my current location.

Alternatively try the NFB channel on YouTube. It may still not be available in Russia, but Poland, idk.

The latest Twice MV "What is Love?" is a huge yuri fest.

If anyone is looking to watch some new yuri web series. There is a youtube series called QUEERING | LGBTQ Web series. Here is the link: https://www.youtube.com/watch?v=0k6b1nos-rU

Here is a short Korean lesbian film called 1 in 10000: https://www.youtube.com/watch?v=TJKGd_5mDuk

It's around 7 minutes long and there is a act 2 coming out. Its really good.

I have watched that series years ago, its really good :)

I have watched that series years ago, its really good :)

And it's still ongoing. I can't wait for Season 5.

I have been recently watching Marvel's Runaways TV show. It has a lesbian romance in it and is good to watch if anyone is interested in super hero shows. Honestly, I only watched it because of the lesbian romance. ( ͡° ͜ʖ ͡°) But I did enjoy some of the story of the show.

When it comes to Asian lesbian mvs, this is a must watch: https://www.youtube.com/watch?v=pFuJAIMQjHk

Looking through the list, under games the Mass Effect series needs to have Mass Effect: Andromeda added, featuring BioWare's usual variety of romance options, including lesbian/bisexual ones.

And while Star Wars: The Old Republic initially avoided same sex relationships, these have been available since its expansions, first only as short flings with side characters, but later also including proper relationships with actual companions. 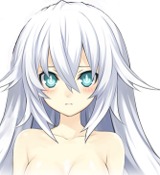 We KHAN do it
I ship them.

A couple of additions more:
Unrequited yuri crush in Sailor Nothing (and a yuri relationship mentioned at the end)
Eventual yuri relationship between two main characters in the second book of Anachronauts, Forsaken Shores.

Ans since I'm on my Stefan Gagne trip already, also Arcade Spirits to the VN section.

Played Empathy: Path of Whispers and it had surprise lesbians with a role that was more important than I expected. It's about the collapse of society, so definitely not a feel-good game. Unfortunately, the ending is vague (and confusing in some parts) and we don't find out what happened to any of the characters, including the lesbians. Presumably both of them are still alive, but they were separated during a riot and their daughter is dead. I'd still recommend it to people who like games where you walk around and find out what happened like The Vanishing of Ethan Carter or Dear Esther.

twincest tsundere fairies, the story the nymph and the dryad tells how fairies got their wings right here...

I found that very cute.