It's sad that the higher-ups want Kou to be given the credit, but it makes sense from a business perspective. A new IP is always a risky investment, and you want recognized names to be the face of the new product to ensure its success. I hope like during the design contest, a compromise will somehow be found where both Kou and Aoba names will be featured.

Actually this whole chapter just pissed me off. I mean... Yay Aoba and Kou can have a contest so Aoba feels better. I always felt better competing again someone if the result - aka I lose - is set before it even starts... BULLSHIT. But that doesn't even matter since the company clearly tells them that they give a shit about both their arts and just go for the big names. They'd even hire an illustrator absolutely unrelated to the company, the game and the art if Kou won't draw the key art. Personally I'd say "You know what? I won't draw it. Hire your illustrator. You give a shit about the art, I give a shit about your budget. Oh and by the way: From now on I'm only doing the bare minimum. No overtime, no weekend." It's not like they can afford to fire Kou anyway - and even IF, Shed find a new job with her name and reputation in no time. 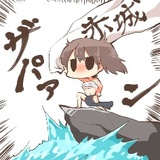 As a Kou and Rin shipper, i am a bit dissapointed with how Rin acts in this chapter. Clearly Kou asks Rin's opinion to seek some sort of support from the person who (kou thought) knows her best. Rin's answer crushes Kou's pride. While I understand that Rin needs to be 'professional' in handling business matter, i still feel sad for Kou. I can understand if she feels betrayed by Rin and the company.

At the same time, i feel like we'll get more development in both Aoba's character as well as Kou and Aoba's relationship. 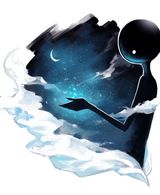 As a Kou and Rin shipper, i am a bit dissapointed with how Rin acts in this chapter. Clearly Kou asks Rin's opinion to seek some sort of support from the person who (kou thought) knows her best. Rin's answer crushes Kou's pride. While I understand that Rin needs to be 'professional' in handling business matter, i still feel sad for Kou. I can understand if she feels betrayed by Rin and the company.

Well I gonna tell that this things will go on until almost the end of the volume 4, but the situation will slowly getting better each chapter though.
PS.The drama will remain for a while but not completely dark though.

Impressed with New Game. Really started off as the typical moe, yuri-bait, all-girl series with a game dev skin, but ended up developing some interesting workplace drama. I'm not expecting Shirobako, but I'm glad the series is showing some depth in a genre that rarely has any.

To be honest, I'd have rather this show be 'typical moe yuri-bait' than 'young protagonist wins at everything and beats all the senpais', which seems to be what this is shaping up to be w/r/t drama

Yes i'm sure there are people like that, but that's just the tip of the iceberg. There is much more to this kind of decision than just that, try to think what this entails for those who worked on the game, the company and the players.

A lot of gamers do, actually. Especially in japanese culture where having a reputed artist/composer can help sell a product.

From a business point of view, the higher ups decision make sense. It's a new franchise that need to appeal to an audience that might be cautious about it, especially since as far as we know, eagle jump only did the fairies story games. Having a familiar key visual might help attract attention and reassure potential buyers. And Kou does work on the game.

Nah, the part that bugs me off is the "if Kou doesn't do it, we'll hire some well known artist to do it". This part is actually insulting for Aoba and their customer as this time, it's not just keeping a familiar touch, but trying to appeal with a well known name who won't even work on the project.

And it's a good thing Aoba wants to be given a chance, I was worried she would go along with it out of respect for Kou. though that would be nice of her, it wouldn't be good for her career. Even if they stick to Kou's art in the end, if she does a good job with the key visual, it might gives some ammo for the next game she'll lead design so she can get to do the job, both by showing some confidence in her work, but also showing she has the skill and talent for it.

As for Rin... Well, it's a business meeting with the "underlings". You usually show an united front and keep the arguments for before or after. I'd suppose the three executives already had an argument about it that was settled beforehand. It sucks, but that's how business generally is. And video game industry is NOT especially chill. In my experience, they can be even more rigid than regular businesses.

I've seen a lot of people in various places misunderstand what is actually going on here, so let me set a few things straight.

I feel like there was something else. Oh well. 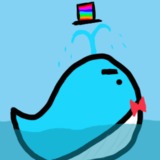 Chapter 49 and onwards, this is what most of the manga forget; realistic character progression. I read the Chinese translated ones previously, and I really like how this story show us the characters development 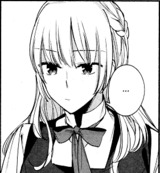 5
If they did actually go the external illustrator route, they would have changed their marketing strategy. They obviously wouldn't try to advertise that said illustrator was involved in development of the game. And it's entirely possible that promotional artwork is the only 2D art the game will have, so it's not like people would buy the game and suddenly see completely different illustrations within the game itself. At worst the 3D models may look a bit different, but that happens even when the character design and illustrations are done by the same person.

I love this chapter. It's completely Shirobako for games. I think things like this make the series stand out and actually be about something.

exactly. Plus it's a crisis for Aoba and she steps up to it and grows.

Also, she's not challenging Kou, not at all: she's trying to challenge the company and publisher to the degree she can. Her admiration and affection for Kou is unabated, and Kou might even see her as being more on her side in this than Rin is. And she didn't "beat" her sempai before, the compromise they worked out moved the game forward but nurtured the rising talent.

I think it's win-win for Aoba with this move: if she's been complacent, she won't be any more, she'll re-challenge herself; if by a miracle it's so good they take it, her career is made. If not, well, she's given notice she's a player. She started off, correctly, by saying something you hear cough perhaps often in Japan: "Well, if everyone agrees, I am okay with it."

Also on Aoba's side - beyond showing that she's willing to step up, I'm sure her main reason for suggesting the challenge against Kou was because it would force Kou to draw something for the key art, rather than Kou turning it down for Aoba's sake and the publisher getting an outsider to do the key art.

Also on Aoba's side - beyond showing that she's willing to step up, I'm sure her main reason for suggesting the challenge against Kou was because it would force Kou to draw something for the key art, rather than Kou turning it down for Aoba's sake and the publisher getting an outsider to do the key art.

Yes, now that you say that I think it's true. More brilliance on the author's part.

Kou is likely the only one in the entire company who hasn't figured it out. (Possibly willfully; I get the feeling she wouldn't know how to deal with the matter and might be deliberately avoiding confronting it...) Hifumi's been around them long enough that she no doubt noticed a long time ago, but seems to have a general preference for [url=http://faceappapk.online] staying aloof of such shenanigans[/url]

People, this is pretty much how hype building works, or more accurately, how publishers think it works. A lot of times we see a new title with "From the creators of (whatever)" pasted right on top of the name. A lot of companies, not only in the field of video games, do that, even if the creators of the prior work had very little involvement in it. Publishers, however, don't seem to realize it can backfire, though, since reminding a different IP might make the reception of the new one be negative even on good games, simply because it led the publig to expect something completely different.

This "competition" Aoba propoces seems to be more focused on making Kou feel better about it than anything else.

EDIT: Come to think about it, this reminds me of the time Capcom USA throught it'd be a good idea to change the box art of Breath of Fire I and II, becoming an object of ridicule for years to come. 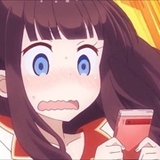 this new chapter is really weird for me... maybe it's the difference in culture (?). i mean just because aoba is the lead designer why the hell did she expect to be key artist as well? this requires a different set of skill (at least nowadays). even for promotions, if people really love their previous game, the one that they should sell their name off is hazuki as the creator.

Rin has really gone down in my estimations. Business or not, she should have defended Ko-chan.

As for the other producer, don't like her one bit, what a bitch. Poor Aoba

Any defending Kou would've been done before the meeting. She'd hardly be allowed to dispute the issue during the meeting; the decision's been made and it's her job to deliver it.

https://www.youtube.com/watch?v=p6XHbNPkzCo
According to Episode 4 preview, we know that Hifumi going to be promoted to a character team leader. (at 0:25)
That means the (long awaited) legendary scene will be on-air soon. (Ep.5 I guess)

Somehow this chapter is even more crap. cO

So Aoba's pushing herself to the point where she nearly breaks down seeing Kou's work and starts crying. But when the magazine is printed, everything is ok and she can accept that she lost the competition? Girl you never had a sliver of a chance winning in the first place. Kou could have literally drawn shit and she would have still been favoured by the company....

Aoba for god sake. It is your second year, you are already character designer and they accepted your designs for an original game! No need to achieve everything the first fucking time.