Forum › May the winds of Yuri, carry you for eternity. 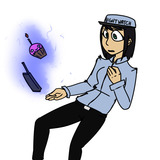 So, if you clicked the post with the silliest title on your page, then it means that you are willing to read something as sillier, then prepare yourself for this.

A few months ago I think, I started a post about storing the whole site into the Wayback Machine, unfortunately it turned to be slow, tedious and not very efficent as from time to time, some links just went "NOPE" and started to stop working one by one, all the hard work (and by that i mean point and clicking for hours) was gone within days, so it got me thinking, was there any easier and efficient way of making sure that all the delicious content here stays safe for all eternity? YES THERE IS ONE! :D Mirroring the site now i know what you are thinking, why the hell i would keep on going with this right? i mean theres other things to do besides caring about future generations of enjoying the yuri that we enjoy today....like, drinking water right? and breathing air, but what im trying to say in my whole rantling is that. I need your permission people, I need the uploaders moderators and the staff to aprove this cause maybe you guys think that this is stupid, and it is, but, come on is better to prevent that crying later right?, yeah only the chapters themselfs. excluding the forums, tags authors pairings and scanlators cause if i were to include those, hell, i will be finishing this in 2020 (with luck, which i dont have)

Now i do have began and i have quite the progress made, but i can stop at any time if you guys (the staff) want me to cause i can understand that you dont like random person to mirror your site without permission right? so let me know ok? ok :)

I can stop the download, shutting down and coming back again to resume it, thats a given at least.

In case the worst happens, thank you for preserving this wonderful site. 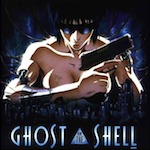 Okay, just came here from your "disable download limits" thread. I strongly assume nobody of the responsible people has seen this yet, or I guess they would have contacted you.
I'm not on the staff, so I suggest you contact them through some other means (i.e. IRC).

Generally speaking I think you're not that familiar in how you usually mirror a site, right?

Your efforts in all honors, but I think you're a) breaking your neck the way you approach this and b) run in danger of being shot down for not doing it with permission.
Of course the latter point is kind of moot for a site that hosts scanlations, but I guess you're trying to be helpful, not mean. :)

First off, mirroring isn't typically meant to be done by a user via saving stuff themselves and then uploading it somewhere else. That might actually be illegal (see above, though, and I'm no expert there). It would be a lot easier if the site's creator just uploads it a second time to a different host. Both sites are then usually synched using one or more means of automation.
That is actually how the wayback machine works. It crawls the net (using the same bots that for example google uses, too) and saves the html it sees. Every site can easily (via convention) forbid this. Also, WBM, as I see it, intentionally leaves out certain files (the downloads are probably intentionally not saved).

I am also wondering how you intend to approach the upload to WBM. As far as I see it, there's no means to just say "here, I have some site data from there and there, take it". And there's a reason for this, that way anybody could alter the backup and fake things that never were. The Archive crawls for the sites on its own, all you can do is basically ask it to store a site, but it will not demand you download anything. Again, there's definitely a legal reason for this (and a practical one, too).

TL;DR: Try to get a hold of a higher staff member. Casusby, MrEngenious, or omniscient0 (check the suggestions for improvements thread)