Idk what i expected going into Lycoris Recoil Ep1 but it sure as heck wasn't that. I am intrigued and I have many questions

Flew under the radar because it was released all at once in the middle of the season, https://myanimelist.net/anime/39518/Vampire_in_the_Garden

Watched ep 1, and the Vampire MC is obviously a lesbian. So Ill see where it takes it. Shame its only 5 eps.

Damn, this one was great. Thanks for the tip, I'd have missed it too.

^
Just finished it too, simply amazing Lycoris is so greaaaaaaaat hahahaha
I was going to watch the extreme hearts one but I heard about the idol side... because OF COURSE they have to be idols too!
I Rather just enjoy love live hahaha and I'm looking forward to superstars

Lycoris is so greaaaaaaaat hahahaha

Yea. I was up for another Cute Girls With Guns anime, since it was ages since we got one of those (I mean more realistic, no superpowers etc. [so far anyway]) and I already liked first episode, but damn that third one was gay af. And animation is really good so far.

On the other hand, what the hell? RWBY: Ice Queendom is actually good. It retells RWBY stories in anime format, but rewrites and fixes all the shitty writing from the original. Only downside so far is that it doesn't even attempt to copy highly choreographed Monty's fights, which was one of mine reasons I had high hopes for RWBY, but if they can actually make story good, then I'm all for it, cos I did enough it initially and idea of everyone having weapons that can be both melee and ranged is still cool af.

The trailer for the second arc goes full original https://www.youtube.com/watch?v=i_LU-2iW8Tg

The trailer for the second arc goes full original https://www.youtube.com/watch?v=i_LU-2iW8Tg

Yea. I just read up and they'll loosely adopt first 2 seasons and then branch off to tell different story, which personally I think is the best possible decision, because outside of few moments, there's nothing good about season 3 and further. It feels slightly rushed in places, but the writing is so much better, story makes sense, things are properly set-up and explained in natural ways, characters have consistent personality and actions, their character arcs make sense and their dynamic as a team actually exist. Overall, if they won't fuck it up, I'll gladly consider it the true RWBY and erase the OG version from my mind. Also, maybe fights aren't Monty lvl, but they're still visually well done and animation goes crazy when it matters.

EDIT/ Ok, so after watching trailer it seems the branching will happen already with episode 4, which is funny, because the original show creators said the first 3 episodes will loosely cover first 2 seasons, but all they did was cover season 1, so it just shows how nothing happened in season 2 xD

Flew under the radar because it was released all at once in the middle of the season, https://myanimelist.net/anime/39518/Vampire_in_the_Garden

Watched ep 1, and the Vampire MC is obviously a lesbian. So Ill see where it takes it. Shame its only 5 eps.

Just finished this and thanks so much for the tip because it was not talked about at all and I wouldn't have known about it if it weren't posted here. It was such a joy to see such a high quality original yuri anime like this. I do think people going into this shouldn't watch it expecting a traditional romance story and instead should see it as primarily a story about Momo's journey and growth. I see some bad takes on this series and I feel if you don't go into it with a traditional anime series pacing in mind, then you'll probably enjoy it more.

22/7 had it's ups and downs but they released this MV today and it's so good https://www.youtube.com/watch?v=Mh9E1iZxoHs fully animated 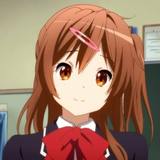 To look on the bright side, it won't feel as bad to see everyone get gunned down 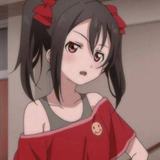 yeah I'd like to know before I decide to watch it

Yea. I mean Takina's and Chisato's relationship is gay af. Chisato is literally the reason Takina is opening up and changing. I don't expect anything to get confirmed, but still I really doubt they'll suddenly switch to some kind of forbidden romance with random boy.

Agreed, that seems pretty far fetched of a worry. It was already reasonable to assume that they wouldn't go into explicit yuri bc romance is just not at all the focus of this show but that kinda 180 seems at least equally unlikely.

Hmm yeah I just watched the episode, It seems like the Yuri subtles are starting to die out, I have a bad feeling about this lol

What the fuck are you guys on about? The boys are just confirmed to exist. No appearances, not even someone doing something with them offscreen, just "they are a thing that exists in this setting". The actual episode featured some cute ChisaTaki bonding

Lilybell will probably show up at some point, but it's most likely to be in some big endgame twist, not a refocusing of the plot

I agree... you guys are jumping the gun right now. I never expected it to turn out confirmed yuri, but I also highly doubt they're just gonna shove our leads into a random het relationship. They know who their audience is and they'd be stupid to lose it...It's gonna stay yuribait subtext til the end is my bet.

Can't believe the mere mention of boys existing throws you guys into fight or flight mode and writing your doomsday fanfic scenarios....

^ Did I read that spoiler right?

Yes. She got a face full

Lycoris Recoil Well, So much for the people that were hoping that this would be Yuri, lol

Lycoris Recoil Well, So much for the people that were hoping that this would be Yuri, lol

There's still hope for the confession/kiss before death. Which is what I've wanted since ep 2.