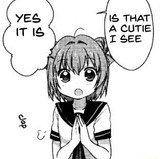 Glad to see this on dynasty, its such a good series. 11/9 Imo

Yaaaasss! It's finally on Dynasty! <3

She's very much a fan of Monster Hunter and Amogus. She has Let's Plays on her Youtube channel.

What's it called? Can anyone link it?

It's likely.
Coincidentally her normal design vaguely reminds me of Somnacanth with the short horn, yellow scales and purple hair (even if this manga predates Rise by several years).

Man, I just checked out her pixiv and she does draw some seriously cute Monster Hunter fanart. https://www.pixiv.net/en/artworks/90888873

Noooo go away drama, let them marry and be happy XP

FEEL THE DESPAIR BY MISUNDERSTANDINGS!! FEEL IT!

watch it be a misunderstanding

This is a happy story, I'm sure Neji-sensei will write a way around that at some point via magic hocus pocus. They'll probably get science babies too before the end.

She does have a fetish for some last-chapter tragedy that's hastily introduced and half-assed resolved in the final chapters though.

Is volume 2 out? Or is it All online?

M-marriage??! I think it’s too much but I just remember they are together long enough for this so I don’t see why not?~

Is volume 2 out? Or is it All online?

Just Pixiv at the moment (with some advanced previews on Fanbox). afaik Neji hasn't announced any plans for another tankobon collection, even in Japan.
She is apparently working on another smut doujinshi, though. 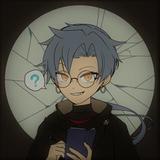 watch it be a misunderstanding

I'm betting that Lilly's just talking about something mundane, like being able to go into town or interact with other humans, without her needing to be present to reassure others or calm Keith down, rather than anything big or dramatic like Keith is assuming.

That is, when she says "when I'm not around" she specifically means "when I'm doing something else at the moment or need to be elsewhere," so Keith isn't stuck waiting around for her or planning her schedule based on Lilly's.

She is apparently working on another smut doujinshi, though.

This is what I’m most excited about

I'll bet a hundred bajillion dollars that she is literally just talking about something that will lower Heath's anxiety when they aren't physically together. In fact, I'd bet that she got Heath a ring, which will turn out to be a hilarious coincidence when it turns out Heath got Lily a ring.

She's very much a fan of Monster Hunter and Amogus. She has Let's Plays on her Youtube channel.
link on her channel please? I am a very big fan

Can there be like a law against contrived "oh no a character heard something that sounds bad out of context and now they're misunderstanding things" complications?

Can there be like a law against contrived "oh no a character heard something that sounds bad out of context and now they're misunderstanding things" complications?

The technical term for this is "Sudden Onset Anime", which may be Acute or Chronic (cf. "Idiot Couples who always fight"). Misunderstandings, assumptions, avoidance (sometimes leading to running away), isolation, and Not Just Fucking Talking To Each Other are common symptoms of Anime.

If you think you or someone you know is suffering from Anime, slap them upside the head and tell them to stop being stupid. Anime is a silent epidemic that annoys millions each year and many experts claim it's the worst thing no one has literally died from. (Some historical epidemiologists suggest Romeo and Juliet did suffer from a terminal case of Anime, but records from the time have all been destroyed by families involved in shame over how stupid their kids were.)

So the blind girl's last name is Blind? Kinda on the nose, isn't it?

So the blind girl's last name is Blind? Kinda on the nose, isn't it?

To be fair Japanese anime names do this all the time, even in Japanese, so having her name be the thing that she is, but in English, is actually a step of obscuration that doesn't even usually happen.

I'm having a very strong déjà vu from this chapter. Am I crazy or it came out already sometime earlier?