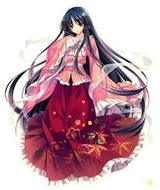 Started off pretty strong, look forward to it. hopeful of a good backstory incoming 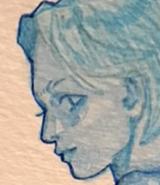 oofve what a way to go, I wouldn't mind.

this is either going to be great, or super depressing, or both. Looking forward to more.

I dont know what I just read but I liked it. 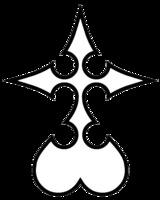 That's what I was hoping for too. xDd But more than that I feel AAAAANGST AND HEART WRENCHING COMING

I hope it becomes a wonderful spiritual successor to Ai☆biki.

Pretty dark so far but i am intrigued

Monster girl yuri!! Might be super dark but thats fine by me. I especially love this art style. Cant wait for future chapters!

This is some fucking Angel of Death shit here

really interesting, I'm looking forward to the next chapters

Sinori's appearance reminds me of Touko from Bloom into you

The way I see it, if the author follows standard tropes, it could go 2 ways:

First, it goes the depressing and "what the fuck am I reading" route and the mermaid eventually ends up eating the mc. The end.

Second, it goes romantic, the mermaid falls in love with mc and vice-versa and ends up eating her ( ͡° ͜ʖ ͡°). To be continued/the end.

(Oh boy, am I hoping for the second one)

My theory: Hinako and her family (parents + older brother) were driving down a seaside road when their car crashed into the ocean and everyone drowned, except Hinako, who was helped to escape by one of them. Now she is suffering from severe depression and PTSD, but because this is Japan (or, at least, the drama manga version of it), mental health does not exist, so she is left to cope with her trauma on her own.

Slightly more far-fetched supplementary theory: A monster (perhaps even Shiori herself?) caused the car crash because it wasn't just Hinako who is extra tasty, but her entire family, that's why the monster let her go while it was busy eating the other three.

I also hate summer,that's when 3 of my really close people died,honestly I even stopped visiting their grave 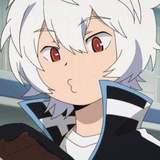 I'm at that point again where I'm scared and aroused at the same time. Did anyone catch how long those mermaid claws were? PHEW, that'd make for some good sadomasochistic play.

There's already that useless side character with a choker. It's only chapter one and she's giving me death flags.

Premise reminds me of https://dynasty-scans.com/series/snake_woman_and_little_miss_offering