I like the artstyle. The way the artist they make more plump is really good. "What's ai pee ess ?" It's for making you aunt. 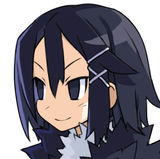 "Are you going to Harasho?"
Eli, what have teaching those kids?

"Are you going to Harasho?"
Eli, what have teaching those kids?

"Maze of lilies?"
That's a Garasu no Hanasono reference? Eri sure has been teaching them sothing amazing.

I don't know kids, do u believe in dreams coming true?

That one took me a moment to get, lol. Also I like that Maki said "That's right." to all of the things they were asking.

I also like this author's artstyle a lot, but more importantly those kids are amazing lol

I love myself some pre-season 2 episode 4 Nico sibs. No one really does anything with mashing up SID's canon backstory with the anime canon sibs. Whenever I hear 'They have no father' (spoiler: he's dead), it's always with SID Nico sibs except with one exception. I love the idea of identical twins Cocoro and Cocoa.
The only downside to SID sibs is the fact that, there is no Cotaro.

That was awesomely funny. XD

"out of the mouth of babes......" I also like the art style and those kids are just adorable. I can't think of any other anime with such adorable, multiple siblings. And NicoMaki is the perfect pairing! Maki is already into the future. Now it just has to happen ;)