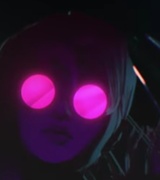 Yeah this narrative is hard to understand. Is it just because I'm out of context? 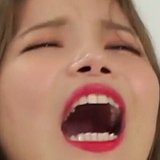 Himari you have a tiny peanut sized brain, pls just confess already and end my suffering

Not my Himari
Himari is THICC

To those who don't get TomoHima I'll try to explain their dynamic from the game:

Tomoe is a princely character, she's popular with girls but not THE most popular girl because Kaoru exists and Kaoru is a lesbian icon who does fanservice; as a result Tomoe lives a chill life helping everyone and being kind towards her friends, specially her band members and Himari, who Tomoe ofter supports because she is a crybaby who gets bullied by Moca.

Then Himari is your typical girl who worries about her weight, finding love, her friends, is often the band's mom and likes girly stuff, the other thing Himari likes a lot is Kaoru, she's a total fangirl, heart eyes and everything.

It's easy to come to ship them through the events and card stories, but the more you know about them, the more you realize they are already basically dating but even if Tomoe knows (which she might considering how soft she is to Himari) she won't do anything cuz that's not her character; Himari has this problem to be absolutely thirsty for Kaoru, who is a woman who flirts with everyone and is basically an Idol and then be totally oblivious to Tomoe who has also princely vibes but it's actual dating material.

Sometimes I see Himari as the type of girls who wants a boyfriend like the ones in dramas without realizing she has the perfect boyfriend right besides her, there's also a comic in which she says to Tomoe "if you were a guy, I would never let you go"

A TomoHima doujin!! At last I can die happy.