Forum › Kusanagi-Sensei is Being Tested discussion

@runrin Ah, her- thought you meant Yae- that teacher- forget her name- but there hasnt been a single hint of romance in either direction- they are not even close- the younger teacher just has her on a pedestal and admires her- thats all imo- its seems quite shallow too even on her side- she cares more that kusuagi doesn't spoil the image she has of her than getting to know her as a person- and in the other direction, just a younger co worker kusunagi hardly knows,

Would need to focus on them for the rest of the manga and Ive seen no hint it wants to go there.

Its not like its impossible- but Id be surprised and wonder what was the point in the first half of the series.

I feel sorry for the tall black haired girl though- she hasnt a chance with hime I think, and she is a sweet girl coming out of her shell because of this new friendship, and she knows she likes girls.. shame she has to fall for a girl who already has her heart set on someone else.

On page 10 Kurosawa thinking about when she got into 'highschool' and got into watching movies is a mistake right? Im not somehow misunderstanding.. I mean the girls are in their first year of MIDDLE school right? Hime just turned 13 after all.

Y’all, this series makes me so happy. It’s so cute.

I'm so shocked. guess my age gap limit has a minimum of at least 16 yo
ah, thank gawd fiction is just fiction after all

Well, I read it. Bit of a curate's egg, frankly. Can't fault the art, the comedy raised a smile or two, but I feel that cramming serious elements into the 4-koma format is like trying to waltz in 4/4 time; it just doesn't fit.

Anyway, I see a new chapter of Yuru Oyako has appeared, so if you'll excuse me...

Anyway, I see a new chapter of Yuru Oyako has appeared, so if you'll excuse me...

@Lizbo couldnt disagree more- in fact we need a lot MORE of that. It actually pissess me off a bit when a manga, 4koma or otherwise- thinks it HAS to be only 1 thing or the other..

Like a comdey cant have real romantic bits or progression because it has to be just kept funny- it SUCKS.

There are 4koma that are comedies but know when its fine to be serious or have permenant real romantic developments and they are a lot less shallow for it- like dragon maid or choir. You will become a LOT more invested and attached to characters that way.

I will say ofcourse there are times where it might be a mistake for a manga to do that- it wont suit all stories or types of comedy- and there are manga that do it BADLY- but that is just the author not being deft enough in implementing it well- not a problem with the idea of having a comedy with serious aspects.

Look at comedy shows- something like only fools and horses- super funny- but had some INCREDIBLY sad emotional eps with way too 'real' stuff too. No reason a good comedy manga cant do it as well.

I'm at chapter 9 yet and the fact that Yae could have feelings for Kusanagi too.. I honestly would have preferred the 'cheating' tag over 'student x teacher' and/or 'age gap' tags honestly.

There are 4koma that are comedies but know when its fine to be serious or have permenant real romantic developments and they are a lot less shallow for it- like dragon maid or choir. You will become a LOT more invested and attached to characters that way.

Hear, hear. I actually find that serious 4-komas about horror/tragedy/drama, when well done, can actually be more effective than a longer format, because they cut down on flab and melodrama and condense storytelling into a format of absolute brevity. If the author's competent enough to distil a plot structure or development into just four snapshots and execute it meaningfully, the impact is incredibly high, while still leaving space for subtlety. The best part is that the next 4-koma segment still gives you the freedom to change tracks and implement a new formation. Like most people, I had a low opinion of 4-komas when I started reading manga, but my respect for them has greatly increased in recent times as I've come to appreciate brevity in storytelling. The recent chapters of Machikado Mazoku in particular are great examples of just how far you can go and experiment with the format.

With all that being said, I think the original post was less about 4-komas in general and more about how this series in particular handles things. While it's not bad by any means, I do think the format hurts it a bit- a lot of times, I wanted more development on a plot beat, only to find the tension being dispersed by a joke or a shift to new gag. When I compare it to other age gap works like Haru to Midori, it definitely feels somewhat lacking and disconnected. There's very little thematic integration, per se. Oftentimes, it feels like it was planned as a standard, free-flowing manga and simply written into 4-koma format to comply with publication standards, so the medium never ends up being used to its full capacity. This is just my take on it, though.

^Its a fair point this story suffers a bit from being a 4-koma. They require certain skills that are a bit different to regular manga, and do not suit all stories as well. I think this manga might be better if it wasnt a 4 koma personally- but I still think the problem isnt blending comedy with drama- though that is probably just a bit harder to do well in a 4koma.

^What Kirin said, basically. My complaint wasn't about this (or any) story blending comedy with drama, but that it's forced into the straitjacket of a format that was originally developed purely to tell jokes. If you prefer a purely literary metaphor: it's like rendering Beowulf in the form of limericks.

^Ok- I misunderstood, but I will say like choir, dragonmaid and others, there ARE 4 koma that succesfully blend comedy and drama within its limitations- so it can be done- Its just harder to do well.

p.s Does anyone know how long this series runs? I think someone said the Japanese version is finished right? 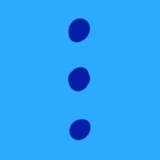 Damn, Arimura-sensei is getting bold. Maybe teacher x teacher is a viable route too?

^Ok- I misunderstood, but I will say like choir, dragonmaid and others, there ARE 4 koma that succesfully blend comedy and drama within its limitations- so it can be done- Its just harder to do well.

p.s Does anyone know how long this series runs? I think someone said the Japanese version is finished right?

From what little I know, there should be around 360 "chapters" (one or two pages for each chapter and I dunno how many pages for the bonus ones) so we're still at the halfway mark at round 180+.

So that teacher DOES like her more than hero worship- shame for her she has no chance tho.. I kinda hope she doesn't find out who hime is- at least for a good while- she is often too serious and i dunno how she'd take it, if she'd try to make her stop or report her to the school etc.

Also, Kusunagi refusing a kiss so vehemantly even when wasted, and calling Hime's name, tells me Hime has really already mostly replaced Yae in her heart. 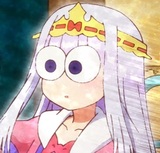 Ehh, I honestly want her to end up with Kasunagi. But we all know it's not gonna happen.

Wow! A drunk confession. She is so gone for Hime. She's basically saving herself for true love.

Got to feel bad for Arimura. She fell for an unavailable woman. Been there. 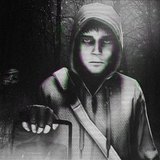 Oh Amimura, poor thing... I hope she is even stronger when she finds out who is that Hime and, maybe, support Kusanagi and company :)
I hope we see more juicy and funny developmet of this manga <3 Thanks for the translation!

Just thought I'd leave this here, The Structural Formula of First Love

This one shot is completely different, and yet kind of the same.

Poor Arimura, but like, her affection and "love" here is more a parasocial relationship than anything else. She's building up an image of Kusanagi in her head, more than seeing how she actually is. It's unhealthy.

Poor Arimura, but like, her affection and "love" here is more a parasocial relationship than anything else. She's building up an image of Kusanagi in her head, more than seeing how she actually is. It's unhealthy.

Yeah, this is a really good point. I hope seeing this woman drunk off her ass is good for her.

I'm now rooting for Arimura. But given Kusanagi's situation... Probably not going to happen. Grr...

People above me on this page have a good point about chapter 15.

doing or not ain't all the problem here. I just can't imagine how a 30 yo woman can see a 13 yo child as a possible partner in the future. what would an adult talk about with a kid? and just how waiting 5 years for a 18 yo (still) child could sound good? ain't there better options?
I just don't believe in a relationship 18/35. they seem unreal from my 28yo point of view
...
got kinda too serious and freaked myself out since I have young cousins -_-