should this be a spoiler for rebellion?

So far this is turning out to be very interesting

Was that a Jojo reference with the shooting stars at the end?

The woman and the boy in page 12 are those Mami met when she was new, from the PSP game. The boy was eaten by Gisela because Mami failed to save him from the barrier, and his mother went mad with grief. 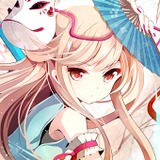 OK was not expecting prequel to Rebellion.

What you say? Somebody set up us the bomb?

I never saw the point of Rebellion. Your girlfriend is now a love goddess, and yeah, people don't remember her, but you do, and she's a comforting presence, and the Universe is still being saved, and the Incubators are proven wrong, and yeah, there's fighting and suffering, but it's way less and only enough to give life meaning. So, let's destroy all that, destroy your reputation and become a villain, because, hey, you can't wait until you die by natural causes and can reunite with her. I really think Homura did everything wrong. I realize that's not a novel perspective. Homura was the only non-ditzy character (sorry, Madoka) who was a pure hero, period. Until this point.

The only way to explain it for me is the endless Groundhog Day crap made her, finally, snap, and the movie was The Madness of Homura.

Very intense, but alas this made it obsolete.

On reflection, Rebellion was "The Disappearance of Kaname Madoka"