I know this topic's pretty uh... unusual/irrelevant for this site, but I think there is a good reason to tag some Futanari stories with Yuri. It's something you'd never come across here of course, but there are quite a few straight futa stories. As in a guy and a futanari. That's just het with an extra appendage.
It's always a very unpleasant surprise and adding the Yuri tag makes clear that they are either both futas or one of them is a normal girl. For convenience I think that just makes sense. Of course on Dynasty we don't run into this situation.

OK, quick question, relating to 3 yuri manga (and I think you'll find it relatively easy to guess which 3 given the very question):
Why do Yuus always get to be top?

Allow me to amend what I said before: having looked through a certain moderator's post history, I actually witnessed some cases of definitely unfair and unwarned ban. Following the overall same trend Western societies seem to be following, it appears the thought police is becoming harsher here too, grounded in what is starting to resemble an ideology. I should have abstained from taking a look at the recent Transgender tag discussion.
When, for all uneducated they might be, politely-worded opinions that differ from your views are ipso facto considered as unorthodox and should therefore be excluded on sight is a sign that intolerance and narrow-mindedness are not so faraway anymore.

Seeing (parts of) this community slowly becoming, over the years, more and more extreme is saddening, especially when, a few years ago, one could read such wise words; which, I believe, still are to this day, one of the most thoughtful and insightful comment this forum has ever beared. Though I have an idea and understand why moderation is siding with a certain view and holding a certain stance - there may be some underlying personal reasons - by no means does it justify arbitrarily banning.

Another reason to stick to my original advice: consensual opinions, as narrow as possible debates and cheering, light-minded comments!

cis norms become seen as natural to yuri and certainly not political, while outside perspective can be freely treated as those of a political agenda or alien culture.

And the banned member in question wasn't expressing politely-worded opinions. They stormed into a thread about transgender to demand that everyone follow their own, trans-exclusive, definition of lesbian. There's no favoritism in what happened, just someone being a raging asshole and seeing what they can get away with in the field of assholery.

As for those "wise words", they largely consisted of Phallocentrism 101 sandwiched between: putting cis women and cis women's knobbly bits on an unasked-for pedestal; calling trans women fake if they fail to conform to a stereotype of femininity; and drawing a fantasy dichotomy of "transwomen and real women", which makes as much sense as saying "intersexwomen and real women". Oh, and yelling at younger trans people with the temerity to demand -- the horror! -- acceptance.

The world doesn't always bend to accomodate one person's pet theory of what being trans or lesbian means. And as a somewhat-old Gen Xer, I'm glad that views like Cryssoberyl's are becoming less prominent. When held up as the one way to be, they do real harm.

The world doesn't always bend to accomodate one person's pet theory of what being trans or lesbian means. And as a somewhat-old Gen Xer, I'm glad that views like Cryssoberyl's are becoming less prominent. When held up as the one way to be, they do real harm.

Cryssoberyl always has extreme views and talks from a position of absolute arrogance. Flip-flopping between demanding others to bend to their preferences and telling everyone else that reality doesn't give a crap about their preferences.

I think the initial idea was not awfully wrong, but of course it ended up in a mindless tirade that marginalizes people that are different from them. I'm not surprised.

mindless tirade that marginalizes people that are different from them

Why the fuck does this part of that sentence sound familiar.

mindless tirade that marginalizes people that are different from them

Why the fuck does this part of that sentence sound familiar.

I'd think on this site in partiular it's a common memory. This is exactly how people against the LGBT have always argued. In the end discrimination can come from outside and from within. Phobia or extreme puritans, both are wrong, for absolute extremes will never reflect reality accurately. The moment you declare your opinion as fact, discourse becomes meaningless, because it's not a matter of deciding which of you is closer to the truth or whether there can be a compromise of opinions... It's defending the very preconceived reality of a person. And the human brain HATES being contradicted on a fundamental level.

The truth is, there are no absolute facts in this world. Even a scientific fact can be disputed and eventually replaced if a better understanding of a matter is developed. But statements like the one mentioned are not even based on scientific facts, but merely a very strong opinion. Mixed in with every somewhat reasonable point is some extreme bias. If we get to a point where they become inseperable, things turn ugly. 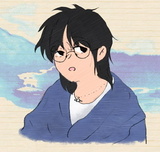 Taking the thoughts I had yesterday right before sleep into consideration, this sentence hits a bit too close to home

We have a DVC Resale 2019 business and can help both buyers and sellers navigate the process on the DVC resale market.
Link removed, virus stuck behind paywal

Does the link come with a free virus or can I get that separately?

Does the link come with a free virus or can I get that separately?

This poor way you phrased this question almost makes it sound like you don't want the DVC and want the virus.
Not that I can answer the question, haven't actually visited the link, lol.

For all we know, user dvcsalesusa may be (I dare say, by all likelyhood, it probably is) a bot.
So...

Happy festivities and such

Heya Bubbleteabird. Life can definitely feel that way on occasion. I am currently working at an office job. Been here for 3 years and it is a serious test of motivation and endurance with a side of soul crushing monotony. There are so many days where I just do not have it in me to work. -_- .... of course it didn't help that I took no vacation days outside of holidays for 2 years straight!

But now I am. And I have found a way to manage and even got a promotion and adopted 2 cats! (They may be cute but... they are very devious!!)

Also as a random aside... I suspect I am not alone in the feeling that I cannot romance anyone in Outerworlds??

Here's an interesting piece of news my dad found by accident while browsing Yahoo. Dynasty readers that also happen to be Star Wars fans are probably gonna like most, tho not all, of what's said.

HOW MANY FUCKING PLOT TWISTS CAN YOU FIT IN A 5 MINUTE VIDEO?

Wanting more friends but not having the motivation to meet new people is the worst.

I have a similar problem... I want to make more friends and actually do have the motivation to meet new people, but I also have a certain level of anxiety that prevents me from being truly close with my friends and any potential future friends I may get, for fear that I'd either be too clingy or would just bore them with stuff like history, or space, or mapping, or memes, or that sorta shit.

A girlfriend would be nice too but I can't see that ever happening.

I don't know how old are you and nobody, not even yourself, knows how close to or far from the point of your death you are, but I'm willing to make the guess that it's still far too early to say it won't ever happen.