Also the damn name on the title caught my attention all due to having a similar name lol.

Oh wow that ending was wholesome. Not bad.

“Not gonna look a gift horse in the mouth?”

Its an old saying actually. Weirdly enough I haven't heard it as much as I used to since I moved to the US. Probably it depends in which country you're raised in.

https://dynasty-scans.com/chapters/natsu_no_junpyou#11
That last panel is physically impossible to do. So don't try it unless you want to break your neck.

This was quite a treat to read. 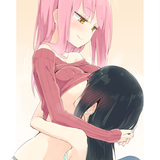 I just got hit with dejavu. I don't know if it's just me but I think I've read this exact story here before. Unless it's either a reupload or there's another very, very similar story out there.

Either ways this story here is very cute and didn't mind kinda seeing it again lol.

Akirio-chan
The Dog's Desire and the Reality of Discipline discussion 21 Feb 02:34
Quote

Comes back another year later.
This is probably still thee best yuri sex I've ever read on this site. Its so good that I keep coming back to read it again and again every year lol.

The art is fantastic.

I mean... It looks nice at first glance, and yeah it's been nicely polished, but something is almost always off. Or the boobs are just completely wrong, or the torso is way too long. I don't know I can't figure this artist out. Some of their drawings are so on point and perfect that it feels unreal, but then the next frame it feels like the boobs have just been taped onto the body blindly (e.g. page 35 lower left panel)

I'm back again another year lol

And I understand after reading it a couple of times you do end up noticing some blemishes, but hey most of the story has really good art with well drawn body proportions that I can easily forgive the minor mistakes.

I wish this story was longer. 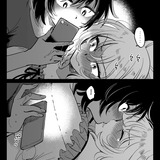 My guess is that it was a phone call or a text. She must've had it on silent meaning that the phone had to lit up (which is why the right side of the image became bright) to indicate that it was indeed either a call or a text and she went to grab it to see who it was. That was clearly not the right call when they're trying to get their girlfriend off.

Also the little hearts on the last panel is where the "Stroke" and "Schlick" sounds were previously. Its one of those moments where stroke and schlick sounds evolved to something you can't even describe with words. Like when girls moan "Ahhh~" and the final moan is like "~~~~~!!!❤❤❤" 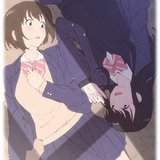 The movie has been out since Nov 22, 2019. You can find the movie to watch for free in sketchy websites. Would not recommend looking for it on the PC, unless you have a really good antivirus. And those without PC, just use a mobile phone or an older device that you wouldn't mind using it for that purpose.

Also I was unaware of that situation with the studio. That's just sad.. 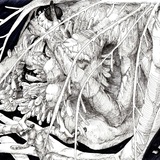 (It literally took me a minute but) Aw they're hugging.

Remember kids don't bind with ace bandages or any binder that is too tight for too long. Restrict the use of binding as much as possible if you own one.

Realistically they should have wet chins on every page with how much saliva there was whenever they madeout.

Oh wow she wants to try out a buzzcut for the next haircut? Her girlfriend is definitely gonna look like butch lol. Maybe that's her type. Which I dont mind cause I think it'll look good on her too :)

"Alright, time to get it on.. All night long." This was the best thing to read tonight lol. 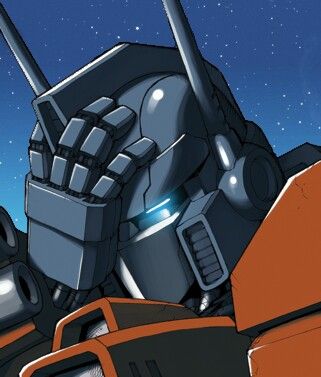 I face palmed in real life and then saw this lol

Also the story is too short we need more!

Damn ch.8 was longer than expected, but I didn't mind that at all. It was very sexy.

Here I am looking for posts regarding how they finally did it, but I see these threads and yuu puns

Akirio-chan
Even If I Drink discussion 03 Jan 03:50
Quote

Oh~ This is very nice.

Akirio-chan
How to Welcome Someone Home discussion 03 Jan 03:40
Quote

Wait, thats it..? We need a sequel or something.

I really like the way Kyouko and Homu are drawn here. And I also like this domestic vibe going on between them.

I like the title a lot. Especially "dumb of ass".